Who are the great environmental visionaries of our own day and age? 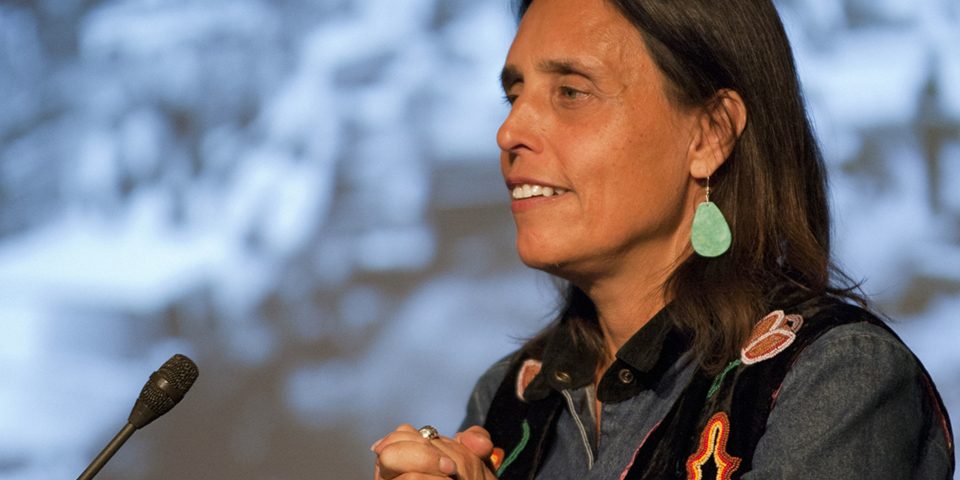 Thoreau, best known for his book “Walden,” taught us how to live a simple life and take pleasure in nature’s splendor all around us. Leopold’s 1949 book, “A Sand County Almanac,” encouraged us to respect the land and its inhabitants and manage it with future generations in mind. And Carson, whose book “Silent Spring” is credited with advancing the global environmental movement, taught us that the world would be sick, let alone way too quiet, without the soundtrack of wildlife. While these voices from the past still guide our conservation ethic, a new generation of visionaries is reimagining what it means to be an environmentalist in response to the new existential challenges facing our species and our planet.

One of them is Winona LaDuke, who cut her activist teeth in the 1980s when she helped launch the Indigenous Women’s Network and campaigned for tribal land claims in Minnesota. In 1993 she partnered with the folk-rock duo Indigo Girls to launch Honor the Earth, which raises awareness and support for Native environmental issues and develops resources for the survival of sustainable Native communities. Honor the Earth uses music, the arts and the media to spread awareness about our dependency on a clean, healthy planet. Most recently, LaDuke set up her tipi at one of the Dakota Access Pipeline protest camps; she has been outspoken about the need to reject such projects and the oil slated to run through them.

Many Americans first learned about the potential perils of climate change from Bill McKibben’s 1989 book The End of Nature. McKibben has subsequently penned more than a dozen books on related topics, and in 2006 crossed over into activism, helping lead a five-day walk across Vermont calling for action on global warming. He went on to launch 350.org, a global climate organizing effort named after climate scientist James Hansen’s contention that atmospheric concentrations of carbon dioxide above 350 parts per million would be unsafe for humanity and the planet. Pioneering the use of social media to grow its ranks, the group coordinated 5,200 demonstrations in 181 countries as part of its “International Day of Climate Action” in October 2009 and rallied hundreds of thousands more people at subsequent events. 350.org is currently gearing up for the People’s Climate Mobilization on April 29, 2017 and is hoping for a record turnout in Washington DC and at other simultaneous rallies around the world. McKibben remains an outspoken critic of both the Keystone XL and Dakota Access Pipeline projects.

While McKibben worked his way into our hearts through his writing, Josh Fox did it with video. The filmmaker’s 2010 documentary Gasland focused on the environmental effects of hydraulic fracturing (“fracking”) of shale formations to recover natural gas deposits. The Oscar-nominated film became a key lever in the anti-fracking movement and Fox went onto become a vocal opponent of fracking. In 2016, Fox traveled the country on behalf of Bernie Sanders’s campaign for President and helped pen a historic climate amendment to the Democratic Platform calling for the institution of a national carbon pricing system, the phase out of gas-fired power plants and higher efficiency standards for federal energy projects. Fox currently works as Creative Director for Our Revolution, a non-profit Sanders launched following the 2016 Democratic primaries to get more Americans involved in the political process and organize and elect progressive candidates.