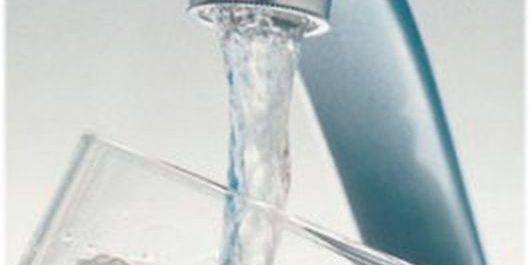 On November 23, 2016, a Toxic Substances Control Act (TSCA) section 21 petition was submitted by the Fluoride Action Network, Food & Water Watch, Organic Consumers Association, the American Academy of Environmental Medicine, the International Academy of Oral Medicine and Toxicology, Moms Against Fluoridation, and certain individuals. The general object of the petition is to urge EPA “to protect the public and susceptible subpopulations from the neurotoxic risks of fluoride by banning the addition of fluoridation chemicals to water”. The specific action sought is a rule, under TSCA section 6(a)(2), to “prohibit the purposeful addition of fluoridation chemicals to U.S. water supplies.”

The petition is focused on the potential for fluoride to have neurotoxic effects on humans; it cites numerous studies bearing on this issue. The petition contends that the purposeful fluoridation of drinking water presents an unreasonable risk to human health from neurotoxicity, and that a ban on this use of fluoridation chemicals is necessary to curtail this unreasonable risk. The following is a summary of the primary support given in the petition for this view:

After careful consideration, EPA denied the TSCA section 21 petition, primarily because EPA concluded that the petition has not set forth a scientifically defensible basis to conclude that any persons have suffered neurotoxic harm as a result of exposure to fluoride in the U.S. through the purposeful addition of fluoridation chemicals to drinking water or otherwise from fluoride exposure in the U.S. In judging the sufficiency of the petition, EPA considered whether the petition set forth facts that would enable EPA to complete a risk evaluation under TSCA section 6(b).

Fluoride has been proven to protect teeth from decay by helping to rebuild and strengthen the tooth’s surface or enamel. According to the Centers for Disease Control and Prevention and the American Dental Association, water fluoridation prevents tooth decay by providing frequent and consistent contact with low levels of fluoride. Thus, the health benefits of fluoride include having fewer cavities, less severe cavities, less need for fillings and removing teeth, and less pain and suffering due to tooth decay.

Fluoride protects teeth in two ways–systemically and topically. Topical fluorides include toothpastes, some mouth rinse products and professionally applied products to treat tooth surfaces. Topical fluorides strengthen teeth already in the mouth by becoming incorporated into the enamel tooth surfaces, making them more resistant to decay. Systemic fluorides are those ingested into the body. Fluoridated water and fluoride present in the diet are sources of systemic fluoride. As teeth are developing (pre-eruptive), regular ingestion of fluoride protects the tooth surface by depositing fluorides throughout the entire tooth surface. Systemic fluorides also provide topical protection as ingested fluoride is present in saliva which continually bathes the teeth. Water fluoridation provides both systemic and topical exposure which together provide for maximum reduction in dental decay.