A third of the world’s children poisoned by lead 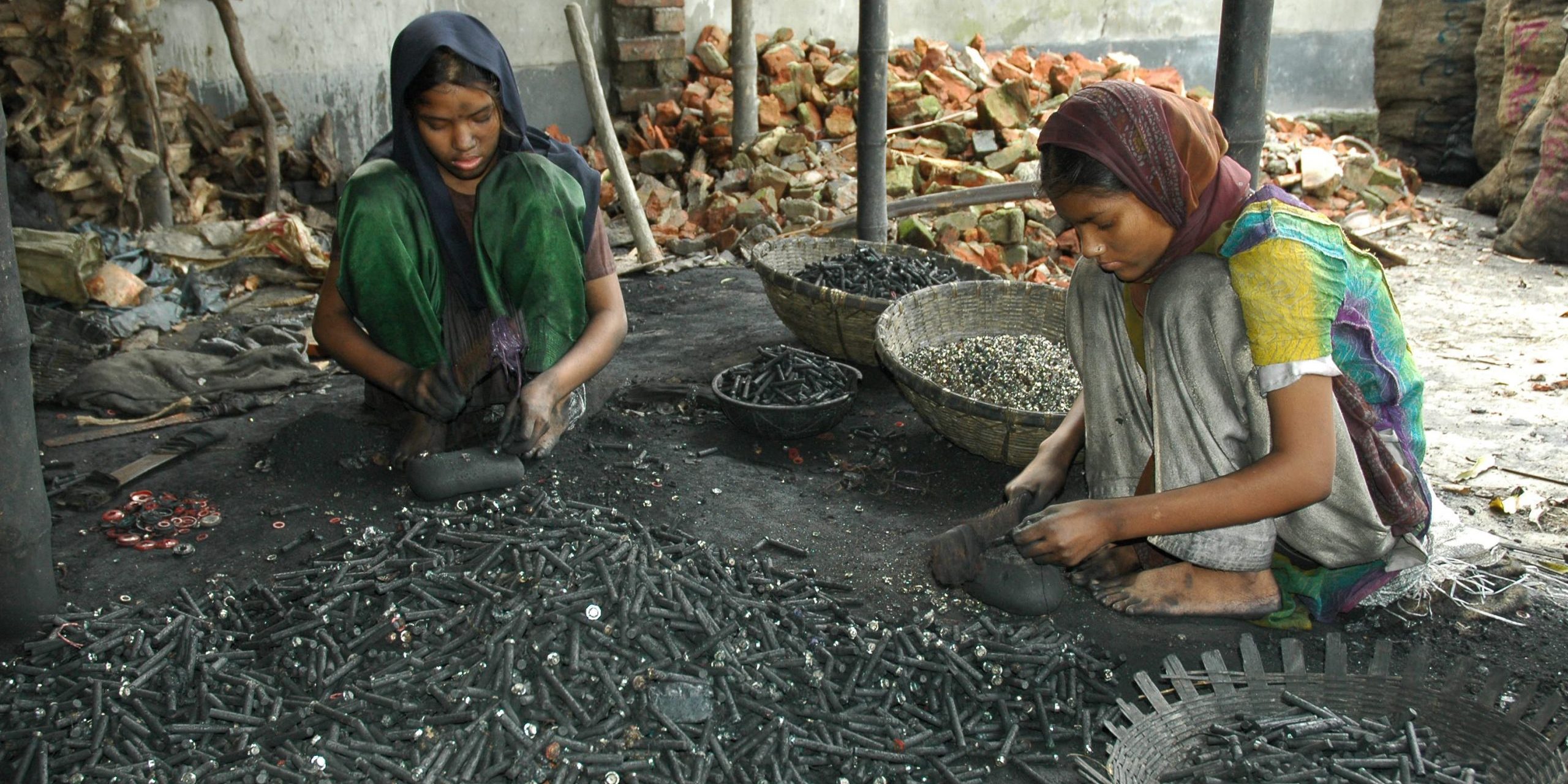 Lead poisoning is affecting children on a massive and previously unknown scale, according to a new report launched today by UNICEF and Pure Earth.

The report, the first of its kind, says that around 1 in 3 children – up to 800 million globally – have blood lead levels at or above 5 micrograms per deciliter (µg/dL), the level at which requires action. Nearly half of these children live in South Asia.

“With few early symptoms, lead silently wreaks havoc on children’s health and development, with possibly fatal consequences,” said Henrietta Fore, UNICEF Executive Director. “Knowing how widespread lead pollution is – and understanding the destruction it causes to individual lives and communities – must inspire urgent action to protect children once and for all.”

The report, The Toxic Truth: Children’s exposure to lead pollution undermines a generation of potential, is an analysis of childhood lead exposure undertaken by the Institute of Health Metrics Evaluation (IHME) and verified with a study approved for publication in Environmental Health Perspectives.

It notes that lead is a potent neurotoxin which causes irreparable harm to children’s brains. It is particularly destructive to babies and children under the age of five as it damages their brains before they have had the opportunity to fully develop, causing them lifelong neurological, cognitive and physical impairment.

Childhood lead exposure has also been linked to mental health and behavioural problems, and to an increase of crime and violence. Older children suffer severe consequences including increased risk of kidney damage and cardiovascular diseases in later life, the report says.

Childhood lead exposure is estimated to cost lower- and middle-income countries almost USD $1 trillion due to lost economic potential of these children over their lifetime.

The report notes that informal and substandard recycling of lead-acid batteries is a leading contributor to lead poisoning in children living in low and middle-income countries, which have experienced a three-fold increase in the number of vehicles since 2000. The increase in vehicle ownership, combined with the lack of vehicle battery recycling regulation and infrastructure, has resulted in up to 50 per cent of lead-acid batteries being unsafely recycled in the informal economy.

Workers in dangerous and often illegal recycling operations break open battery cases, spill acid and lead dust in the soil, and smelt the recovered lead in crude, open-air furnaces that emit toxic fumes poisoning the surrounding community. Often, the workers and the exposed community are not aware that lead is a potent neurotoxin.

Other sources of childhood lead exposure include lead in water from the use of leaded pipes; lead from active industry, such as mining and battery recycling; lead-based paint and pigments; leaded gasoline, which has declined considerably in recent decades, but was a major historical source; lead solder in food cans; and lead in spices, cosmetics, ayurvedic medicines, toys and other consumer products. Parents whose occupations involve working with lead often bring contaminated dust home on their clothes, hair, hands and shoes, thus inadvertently exposing their children to the toxic element.

“The good news is that lead can be recycled safely without exposing workers, their children, and surrounding neighborhoods. Lead-contaminated sites can be remediated and restored,” said Richard Fuller, President of Pure Earth. “People can be educated about the dangers of lead and empowered to protect themselves and their children. The return on the investment is enormous: improved health, increased productivity, higher IQs, less violence, and brighter futures for millions of children across the planet.”

While blood lead levels have declined dramatically in most high-income countries since the phase-out of leaded gasoline and most lead-based paints, blood lead levels for children in low- and middle-income countries have remained elevated and, in many cases, dangerously high even a decade after the global phase-out of leaded gasolines.

The report notes that governments in affected countries can address lead pollution and exposure among children using a coordinated and concerted approach across the following areas:

• Prevention and control measures including preventing children’s exposure to high-risk sites and products that contain lead, such as certain ceramics, paints, toys and spices.

• Management, treatment and remediation including strengthening health systems so that they are equipped to detect, monitor and treat lead exposure among children; and providing children with enhanced educational interventions and cognitive behavioural therapy to better manage the negative effects of lead exposure.

• Public awareness and behaviour change including creating continual public education campaigns about the dangers and sources of lead exposure with direct appeals to parents, schools, community leaders and healthcare workers.

• Global and regional action including creating global standard units of measure to verify the results of pollution intervention on public health, the environment and local economies; building an international registry of anonymized results of blood lead level studies; and creating international standards and norms around recycling and transportation of used lead acid batteries.

Blood lead levels at or above 5 micrograms per deciliter (µg/dL) is the level at which the United States Centers for Disease Control and Prevention has stated requires intervention, and a level at which the World Health Organization says may be associated with decreased intelligence in children, behavioral problems and learning difficulties.

Pure Earth saves and improves lives, particularly the lives of children in poor communities, by reducing disease-causing pollution. We identify toxic hot spots and teach communities how to improve soil, water and air quality with cost effective solutions. This field work, combined with our groundbreaking research and advocacy, elevates solving pollution to a global priority.

UNICEF works in some of the world’s toughest places, to reach the world’s most disadvantaged children. Across more than 190 countries and territories, we work for every child, everywhere, to build a better world for everyone.