Is it true that dogs and cats are major contributors to climate change? 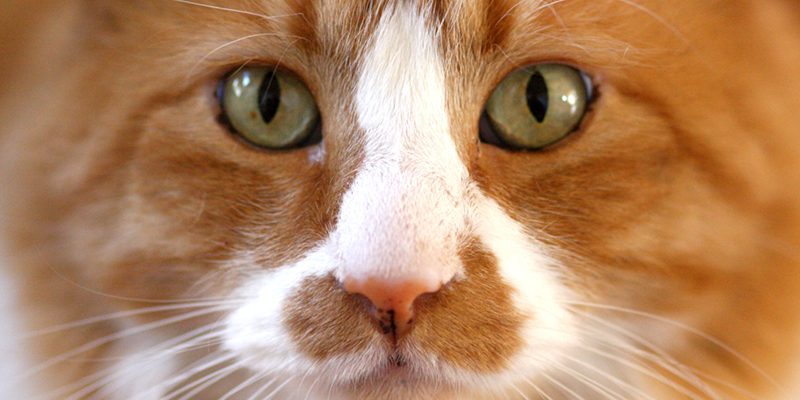 Dear EarthTalk: Is it really true that our dogs and cats are major contributors to climate change, and if so what can we do about it? — Carmen Santiago, Newark, NJ

Unfortunately, our beloved dogs and cats do produce shockingly high amounts of greenhouse gases that contribute to climate change. According to a recent study by UCLA Professor Gregory Okin, American dogs and cats generate the equivalent of almost 64 million tons of greenhouse gas emissions (primarily in the form of methane and nitrous oxide) per year, an amount equivalent to driving 13.6 million cars for a year.

Besides all of this off-gassing, our cats and dogs are also big meat eaters, which doesn’t help their carbon footprints. Cats and dogs consume about 20 percent as many calories as people do in the U.S.—or about as much as 62 million Americans. And because our pets are mainly meat eaters, they account for some 30 percent of the animal-derived calories compared to what you and I consume.

So what’s the big deal? In short, raising livestock requires significantly more land, water and energy than growing plants. A recent report by the Worldwatch Institute goes so far as to say that some 51 percent or more of greenhouse gas emissions are caused by animal agriculture. Since we like to feed our pets meat-based dog and cat food, Fido and Buttons are guilty by the ripple effect. Meat used in dog and cat food generally comes from the scraps of meat that humans eat.

Another reason why dogs and cats are contributors to climate change besides their diets is by virtue of all that…feces. The U.S. Environmental Protection Agency (EPA) even categorizes dog waste as a non-point source pollutant, which places it alongside harmful chemicals such as herbicides and insecticides.

Meanwhile, cat litter can contain toxins that are harmful to the environment and even human health. Clay, a common ingredient in most cat litters, must be “strip mined,” a process that has already destroyed millions of acres of land across Appalachia and beyond. Many kitty litter companies also use silica gel in their formulations to absorb and deodorize smells—despite the fact that the International Agency for Research on Cancer classified it as a known human carcinogen back in 1997. And those cats that just go outside aren’t doing the environment any favors either, as cat feces can be toxic to ground soil.

There is no clear or easy solution to this ongoing problem. But little changes can help. For example, try switching your pet over to a plant-based diet — perhaps after a discussion about the options with your veterinarian. After all, you want to make sure your pet is getting enough protein in its vegetarian diet to live an active, happy and healthy life.

If you’re not willing to turn your pet to outright vegetarianism, you can work in more and more vegetarian food over time. Also, you can still be part of the solution by at least buying organic pet food and compostable cat litter. These few changes might not automatically solve the worldwide problem, but at least you—and Fido and Buttons—will be taking a few steps, er, paw prints, in the right direction.