Is the train the greenest form of mass transit? 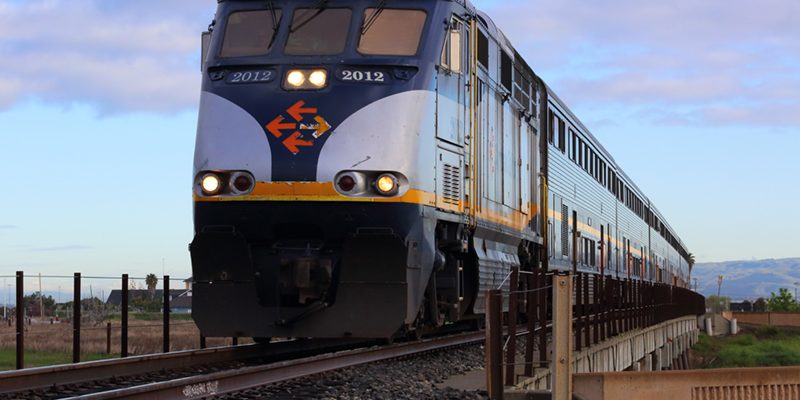 I always assumed the train was the greenest form of mass transit, but a friend told me I would be better off taking the bus. Could this be true? — Jane McNeil, New York, NY

Most of us assume that train travel—whether for getting around town, commuting to work or for long hauls—is the most eco-friendly mass transit “mode.” Indeed, trains seem greener, with some relying exclusively on electricity while others utilize a single diesel-powered locomotive to pull dozens of passenger cars.

But even though trains are no slouch when it comes to fuel efficiency, buses, even though they spew diesel exhaust and get only about six miles per gallon, may be even better.

“The reason … is that they are usually full of people, giving [buses] the highest miles per gallon per passenger, at 208,” reports CNN’s Steve Hargreaves based on his research digging into Department of Energy data. He adds that trains are the next best choice for the eco-conscious traveler, whether commuting or doing a longer haul. “A city train (think subway or light rail) gets 52 mpg per passenger (or the equivalent, if it’s electric), while a commuter train—usually used to connect the suburbs to a city—gets about 44 mpg per passenger.”

A landmark 2013 study in Environmental Science and Technology by researchers at the International Institute for Applied Systems Analysis (IIASA) and the Center for International Climate and Environmental Research (CICERO) backs up these findings. The researchers found that bus travel noses out rail travel in fuel efficiency and carbon impact on typical business or holiday trips ranging from 500-1000 kilometers (300-600 miles), generating only about 20 percent of the per passenger emissions as driving alone in a typical gas-powered car.

“Motor coaches leave carbon in the dust,” reports the non-profit Union of Concerned Scientists (UCS), adding that a couple can cut their travel carbon emissions in half by boarding a motor coach instead of taking their Prius. “And if they take the motor coach rather than flying, they will cut their emissions by 55 to 75 percent, depending on the distance they travel.” And given that many bus companies have ditched their old buses in favor or new models replete with not only more efficient engines but also reclining seats, on-board entertainment and WiFi, the bus could become your new favorite way to travel.

Though buses are the current green leader, trains are catching up fast. All of Amtrak’s trains in its busiest Northeast Corridor now eschew the old diesel generators that used to power their locomotives, and run instead on an increasingly renewable supply of electricity. Some $10 billion in investment in high-speed rail by the Obama administration means trains are getting more efficient across the country as well.

While Candidate Trump promised he would pour hundreds of millions of dollars into further boosting high-speed rail infrastructure, his 2018 budget does more to decimate Obama’s progress on the issue than augment it. Whether he will follow through with a plan to further bolster U.S. rail travel remains to be seen. In the meantime, while trains remain a viable green choice, choosing Greyhound over Amtrak might be the better option for the time being.

Could global warming be a factor in the evolution of species?
September 1, 2017