Could global warming be a factor in the evolution of species? 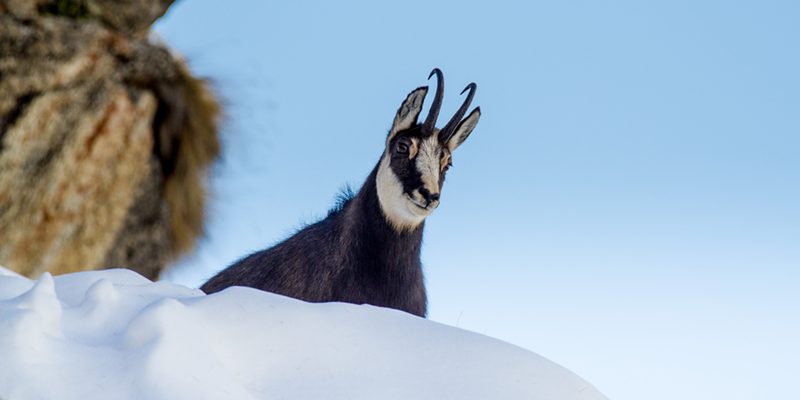 Dear EarthTalk: Could global warming really already be a factor in the evolution of wildlife species? — Vince Dominick, Camden, NJ

No doubt the quickly changing climate is already triggering various evolutionary shifts in a wide range of species. And while we can’t be sure just how different wildlife species will adapt (or not), scientists are already noticing some surprising changes as a result of warming surface and ocean temperatures thanks to human-induced global warming.

To wit, a recent study published in the peer-reviewed scientific journal, Global Change Biology, by scientists from the University of British Columbia, found that the body size of larger fish species decreases 20 to 30 percent for every one-degree Celsius increase in water temperature, given their gills’ inability to keep up in our warmer and increasingly oxygen-deprived seas. (The top 2,000 feet of the ocean water column has warmed 0.3 degrees Fahrenheit since 1969, and the speed of the warming is faster than ever.) The researchers add that smaller fish are likely to have an advantage given that their body sizes are less likely to outgrow their respiratory systems. The result could be a profound shift on marine food webs with untold consequences for the health of the ocean, not to mention the state of our dinner plates (nearly a billion people around the world rely on fish as a primary source of protein).

And there’s proof that global warming is shrinking wildlife species on land, too. An October 2014 study by scientists at Durham University in Britain found that chamois mountain goats in the Italian Alps weigh 25 percent less than their same age counterparts did 30 years ago. University of Maryland researchers found that six out of seven species of U.S. salamanders studied have shrunk an average of eight percent overall since the 1950s, with each successive generation shrinking in average body size by one percent. Another example comes from a National University of Singapore study that found that ectotherms (toads, turtles, snakes) are also shrinking around the world in response to hotter climatic conditions.

A February 2017 review of scientific literature on global warming’s broad footprint on wildlife by 17 researchers collaborating from around the world suggests that we may actually be underestimating how much climate change is affecting wildlife populations. The analysis of 130 studies on the ecological consequences of climate change revealed that 47 percent of land mammals and 23 percent of birds—more than 700 wildlife species overall—have already been affected by global warming. “There has been a massive under-reporting of these impacts,” says University of Queensland researcher and study co-author, James Watson, adding that only seven percent of mammals and four percent of birds showing a negative response to climate change are currently listed as “threatened” by the IUCN which maintains the world’s “Red List” of endangered species.

“We need to greatly improve assessments of the impacts of climate change on species right now, we need to communicate this to wider public and we need to ensure key decisions makers know that something significant needs to happen now to stop species going extinct,” warns Watson. “Climate change is not a future threat anymore.”

Climate change has not stopped for COVID19
September 28, 2020