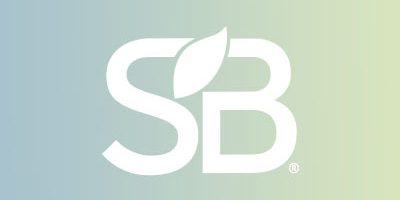 Conservation scientists, NGOs and indigenous leaders urge governments to adopt a “Global Deal for Nature” as a companion to the Paris Climate Agreement, to tackle the interlinked crises of biodiversity loss and climate change. A corresponding study establishes science-based conservation targets for the entire planet

The private sector has continued to come together to mobilize on the environmental conservation front — with a host of individual company commitments to care for and restore biodiversity, as well as efforts across industries to quantify the economic benefits of healthy ecosystems, as well as our risks associated with our natural capital use; to establish systemwide fixes to our global plastic pollution problem; and to reliably account for GHG impacts from land and land-use change to prevent deforestation and promote soil restoration, to name a few — but governments must also pull their weight in order for us to maintain a livable planet.

According to the group, nations around the world must commit to protect at least half of the Earth to avoid massive biodiversity loss and the worst effects of dangerous climate change, according to a new scientific paper entitled A Global Deal for Nature: Guiding Principles, Milestones, and Targets, published by the American Association for the Advancement of Science in Science Advances.

The paper lays out a science-driven plan to save the diversity and abundance of life on Earth by protecting natural ecosystems that play a critical function in storing carbon, producing freshwater, and providing food security — the enabling conditions required for humanity to thrive.

The proposed GDN targets 30 percent of Earth to be formally protected no later than 2030 under the UN Convention on Biological Diversity, with approximately 20 percent in additional lands designated as Climate Stabilization Areas (CSAs), to help the world stay below the recommended target of a 1.5°C rise in average global temperature and to preserve biodiversity.

“The science is now clear. We must act with boldness and vision if we are to prevent the worsening impacts of climate change – from sea level rise and extreme flooding to prolonged drought, cataclysmic fire events, and collapsing food systems,” said Karl Burkart, Director of Media, Science and Technology at the Leonardo DiCaprio Foundation. “Ultimately, we will stay below the 1.5˚C threshold because we must. And the ‘Global Deal for Nature’ is a big part of how we do it.”

Building on a landmark study from 2017 by many of the same scientists, the new paper provides the rationale for a GDN agreement between nations to protect half of the Earth — adding analysis of existing conservation strategies and a clear pathway to achieving the goal through, for example, a stronger focus on the rights of indigenous communities to steward their lands for effective conservation.

This campaign, being spearheaded by the Leonardo DiCaprio Foundation’s One Earth initiative, aims to usher in a new era of ambitious conservation in which international institutions, governments and people work together to save nature — from supporting communal conservancies in Namibia’s Damaraland, home to wild lions and elephant herds; to indigenous communities in the Peruvian Amazon, who conserve key ecosystems and safe havens for jaguars and rare primates; to the last home of the orangutan in indigenous reserves in Borneo.

Gregorio Mirabal, president of COICA (Coordinator of Indigenous Organizations of the Amazon River Basin), said: “Science is telling us something our traditional knowledge has been warning of for decades: The Earth is dying. We urgently need a Global Deal for Nature to restore half of the natural world as soon as possible and, as guardians of 80 percent of the planet’s biodiversity, indigenous peoples must play a central role in that pact. Indigenous communities truly understand what it means to live in harmony with nature — now governments need to recognize that our ancestral knowledge will be key to ensuring that we all have a future on this Earth.”

Based on the GDN paper, a petition has now been launched by One Earth and leading nongovernmental and indigenous organizations, asking the public to support the most comprehensive conservation targets yet to save biodiversity, avert a climate crisis and ensure a future for humanity.

“The air we breathe, the water we drink, the food we eat are all dependent on other forms of life. We need to give them more space so that the natural world can continue providing for us,” said Enric Sala, Explorer-in-Residence at National Geographic. “If we don’t keep hold of the intact nature we still have, it will be impossible to achieve the Paris climate goals, or any of the Sustainable Development Goals on which the future of humanity depends.”

1. Approximately half of Earth’s terrestrial surface is currently in a natural condition and capable of supporting functioning ecosystems. The One Earth Climate Model (LDF 1.5°C Scenario) published by Springer Nature in early 2019, Achieving the Paris Climate Agreement Goals, shows that we can only meet the target of remaining below 1.5°C in the average global temperature rise by ending the conversion of forests and other natural lands by 2030 — effectively placing half of the Earth’s lands under permanent protection. The model also requires a rapid transition to 100 percent renewables by 2050, alongside a large-scale restoration effort to achieve a strong likelihood of staying below 1.5˚C by 2075.

2. A key GDN milestone is to fully protect 30 percent of the terrestrial realm by 2030, but stopping there would prove inadequate to meet the Paris Accord goals. To this end, the GDN introduces the concept of Climate Stabilization Areas (CSAs) — areas that are currently intact but largely outside of the traditional protected area system. Resources are needed to secure and manage these lands to store carbon. Supporting the management of these carbon storehouses will also yield tremendous benefits for biodiversity, from large mammals migrating across the tundra to coral reefs and their inhabitants affected by ocean acidification as a result of global warming. The efforts of local human communities and especially indigenous communities will be essential for protecting and managing CSAs. Funds to proactively protect CSAs from catastrophic wildfires, other natural disasters, and industrial resource extraction will be vital.