Is extraction of lithium for batteries worse for the environment than fracking? 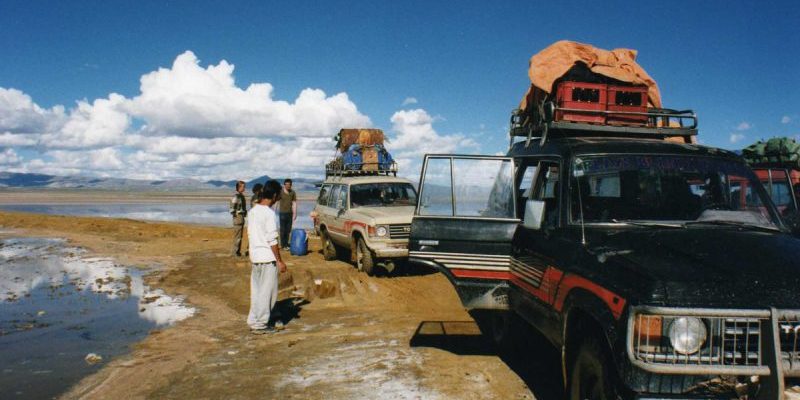 Dear EarthTalk: Is the extraction of lithium for lithium ion batteries really worse for the environment than fracking? — Mitch Newhouse, Oak Park, IL

In a world of modern technology, lithium-ion (Li-ion) batteries are hard to escape; they’re in cell phones, laptops, and basically anything else with rechargeable batteries. In fact, the demand for Li-ion batteries rose from zero percent market share in 1991 to 80 percent in 2007, and the European Commission expects the tonnage of lithium used in batteries to double between 2010 and 2020. With no viable alternatives anywhere near mainstream production, Li-ion batteries look like they’re here to stay for a while.

But thanks to some misinformation on the Internet, lithium extraction has gotten a bad rap. As Mark Sumner points out on Daily Kos, a pair of photos released by the community group Saskatchewan Proud shows a badly scarred and stripped mine site on the top along with the text “This is a mine where lithium is extracted for electric car batteries.” On the bottom is a photo of a neat and orderly fracking drill site surrounded by vibrant-looking green forest and lakes with the text “This is an oil sands site in Alberta…Tell me more about how your electric car is better for the environment.”

But Sumner points out that the top image in fact depicts one of the world’s10 largest copper mines (BHP’s Escondida Mine in Chile) and has nothing to do with lithium extraction. Lithium extraction does take an environmental toll, from the process of pumping briny groundwater containing lithium carbonate out of the ground and leaving it in pools so the excess water can evaporate. But the main environmental consequence of this is large amounts of water used to bind to the lithium to facilitate extraction.

“There’s nothing you would think of as mining,” reports Sumner. “No blasting. No trucks driving around carrying loads of crushed rock. No sprays of sulfuric acid.”

While it’s true that chemicals are used to refine lithium after it is collected, potential dangers pale compared to those from fracking, which involves pumping harsh chemicals underground to break up shale layers to free natural gas, which can lead to groundwater pollution and even cause minor earthquakes.

Currently Li-ion batteries’ biggest problem may be their tendency to combust—remember the recall of 500,000 hoverboards and then the infamous early version of Samsung’s Galaxy Note 7? The ions inside Li-ion batteries can react if the wall between them is compromised, generating enough heat to potentially catch fire. Manufacturers have mitigated such issues in most applications, but the problem can still rear its ugly head when improperly discarded Li-ion batteries are exposed to pressure and heat in a landfill or recycling facility that can stimulate combustion. This is why it’s so important to properly dispose of Li-ion batteries (or products containing them) at hazardous waste or battery recycling locations.

Of course, alternatives to Li-ion batteries do exist with huge potential, but none are economical enough to produce yet to be anywhere near ready for mass production. Some of the most promising include batteries made from sodium-nickel chloride, silver zinc or aluminum graphite. But the expense of the raw materials and the immaturity of the production processes will keep these emerging battery technologies on the drawing board for years to come while lithium ion continues to dominate the market.