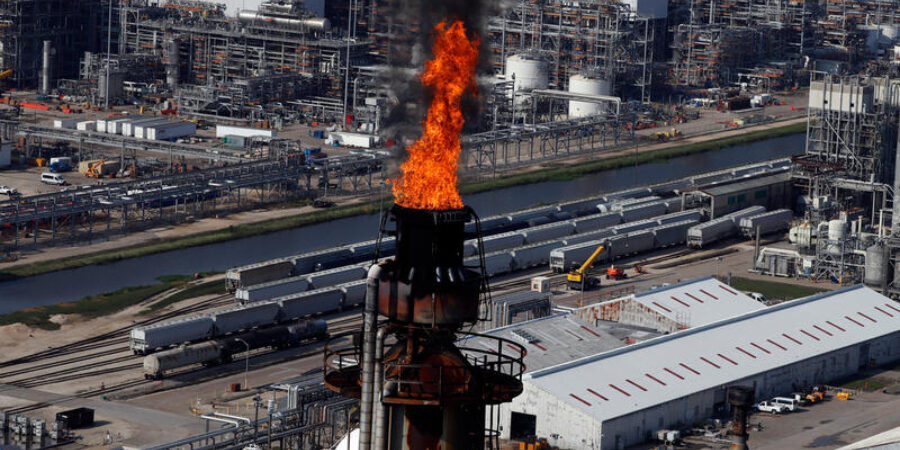 A recently released Greenpeace report, Deception by the Numbers, examines 52 projects touted by the American Chemistry Council (ACC) as “chemical” or “advanced” recycling, finding that many are either not viable or misleadingly promoted as recycling when they largely produce fuels and waxes. The report concludes that “chemical recycling” is not a solution to the plastic pollution crisis, but rather a bait-and-switch PR tactic meant to create the illusion of progress by industry.

“The American Chemistry Council, the plastics industry, and the consumer goods sector need to stop hiding behind the fantasy of chemical recycling,” said Greenpeace USA Plastics Research Specialist Ivy Schlegel. “Turning plastic into even more unneeded fuel is a bad investment and certainly should not be considered recycling. Many of the projects the industry promotes as chemical recycling are not even viable and are meant to give a false sense of progress on the pollution crisis.”

The ACC has touted a list of advanced recycling projects (now up to 62 on its site) that it claims are valued at $5.2 billion. The petrochemical trade association has used this investment figure to push back on those who question the notion of chemical or advanced recycling, including in a recent response to a GAIA report which found that advanced recycling efforts are largely turning plastic into fuel to be burned.

Chemical and advanced recycling are vague terms that can refer to a number of technologies, many of which remain in the lab or pilot phases. These technologies promise to convert plastic waste into plastic’s chemical building blocks to generate “like-new” material. These technologies encompass two general categories — plastic/waste-to-fuel and plastic-to-plastic. The industry has worked to conflate these terms and group them under the umbrella of recycling.

Greenpeace’s report concludes that one third of the total projects touted by the ACC are not likely to be viable and that none of the plastic-to-plastic projects show promise of becoming viable. Less than 50 percent of the projects on the ACC list of advanced recycling efforts meet our basic criteria to be deemed plastic recycling projects. Of the recycling projects we determined to be mechanical or plastic-to-plastic recycling, we found the total processing capacity to be just 0.2% of the plastic waste generated in 2017 if all are successful. All of this means that very little of the industry’s investment has a chance of actually reducing plastic production or pollution.

Taxpayer investment of at least $506 million has been identified for these projects. Almost 90 percent of the taxpayer funding identified for projects on the ACC list went to waste- and plastic-to-fuel projects, meaning public money is being used to produce fuels, waxes, and chemicals for the petrochemical industry.

Despite the fact that these projects have not proven viable, consumer goods companies have promoted them through their corporate responsibility materials and circular economy commitments. Companies like Nestlé, PepsiCo, Unilever, Danone, and Procter & Gamble have invested in or agreed to purchase material from these technologies, including projects on the ACC’s list.

The news of the ACC’s misleading chemical and advanced recycling project list comes as the group faces scrutiny around its efforts to flood Africa with plastics. Last week, The New York Times broke a story around the ACC lobbying the Trump administration to use a US-Kenya trade deal to expand the plastic industry’s footprint across Africa. Documents obtained by Unearthed, Greenpeace UK’s investigative journalism platform, also show that the group lobbied against changes to the international Basel Convention, which puts new limits on plastic waste entering low and middle income countries.

Greenpeace’s complete analysis of the ACC’s chemical and advanced recycling projects can be found here.