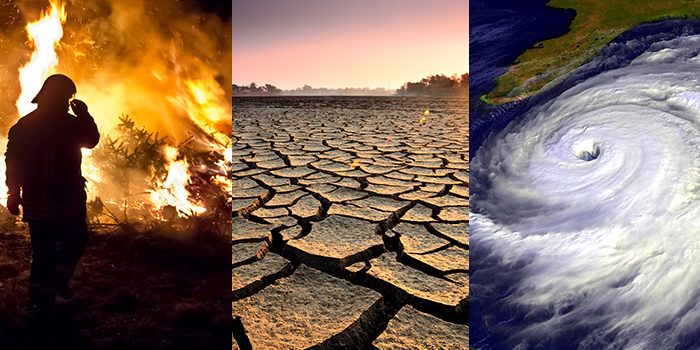 On May 13, a team of seasoned political strategists, content creators, digital organizers, activists, and communications operatives are launching Climate Power 2020 — a campaign dedicated to changing the politics of climate in 2020.

This year is a defining moment in our country’s history, and the stakes couldn’t be any higher. The next administration and Congress must emerge from this year’s elections emboldened to take immediate action on climate change.

“President Trump must be held accountable for his rejection of science, facts, and reality. For both COVID-19 and the climate crisis, the anti-science policies from this administration are pushing our nation into crisis. Today, it fueled a pandemic. Tomorrow, we will see the consequences in a world destabilized by climate change,” said John Podesta, former White House senior advisor to Presidents Clinton and Obama. “Climate Power 2020 will change the politics of climate — pushing all candidates to aggressively campaign on climate action and holding science-denying campaigns accountable.”

This campaign will put the Trump administration on defense every single day for ignoring experts, refusing to believe in science, putting big oil executives in charge of our government, and gutting public health protections — failing our nation at the expense of future generations. We’ll also demonstrate that climate is a winning issue so candidates up-and-down the ballot campaign aggressively on climate change and a just and equitable economy.

Additionally, Climate Power 2020 will fight back against the Trump administration’s and its allies’ spread of disinformation and false facts about climate action, such as attacks on solutions like the Green New Deal.

Climate Power 2020 is a national operation with a focus on Arizona, Colorado, Florida, Georgia, Michigan, North Carolina, Pennsylvania, and Wisconsin. By elevating the climate crisis in national and state conversations and aggressively putting the Trump administration on defense for selling our future to his special interest friends, Climate Power 2020 will build the momentum necessary for bold action in 2021.

Climate Power 2020 also announced today its Advisory Board members, including:

Recent Climate Power 2020 polling has shown Latino voters, people under 35 years old, African Americans, and Republican-leaning women, are more likely to strongly support a candidate who takes concrete action to combat climate change. That motivation increases significantly after hearing about President Donald Trump’s failed record on climate change. If mobilized, these individuals would force a conversation on climate change and force anti-science candidates, including President Trump, to defend policy failures and corruption, and to campaign aggressively on climate policy.

Climate Power 2020 is an independently run project created by the Center for American Progress Action Fund, the League of Conservation Voters, and the Sierra Club.

About the Sierra Club

The Sierra Club is America’s largest and most influential grassroots environmental organization, with more than 3.5 million members and supporters. In addition to protecting every person’s right to get outdoors and access the healing power of nature, the Sierra Club works to promote clean energy, safeguard the health of our communities, protect wildlife, and preserve our remaining wild places through grassroots activism, public education, lobbying, and legal action. For more information, visit www.sierraclub.org.