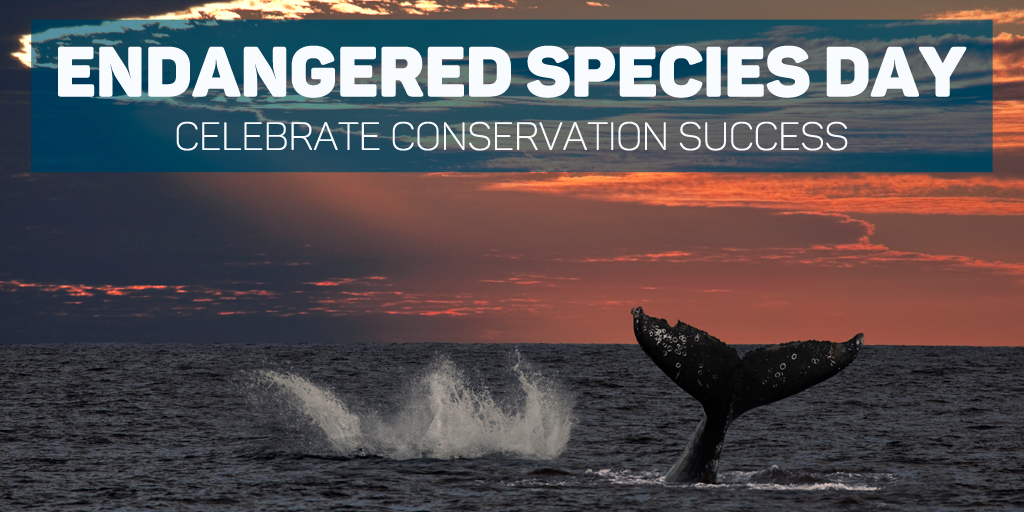 Endangered Species Day provides an opportunity for parks, schools, libraries, museums, zoos, aquariums, botanic gardens, businesses, community groups and conservation organizations to educate the public about the importance of protecting endangered species and highlight the everyday actions that individuals can take to help protect our nation’s wildlife, fish and plants.

One reason for the nation’s success in protecting wildlife is the passage, 45 years ago, of the federal Endangered Species Act. The Endangered Species Act has successfully prevented the extinction of hundreds of species, including the humpback whale, Kirtland’s warbler, and bull trout. Many of our nation’s signature species, such as the Florida panther, Hawaiian monk seal, and Alabama red-bellied turtle, owe their continued existence to the protections of the Act.

The resounding success of the legislation shows in the fact that just nine animals out of the more than 1,800 species listed as endangered under the Endangered Species Act Act have been declared extinct.

The Endangered Species Act provides a safety net for animals and plants on the brink of extinction. Protecting America’s wildlife today is a legacy we leave to our children and grandchildren, so that all Americans can experience the rich variety of native species that helps to define our nation.

Endangered Species Day will raise awareness about the ongoing threats to endangered species, and the Act’s tremendous success in helping species to recover. It also provides an opportunity to learn more about the wide variety of actions that individuals and groups can take to help protect our nation’s wildlife, including building backyard wildlife habitat, protecting water quality, and supporting local efforts to clean up rivers, parks, and other natural areas.

We should all give thanks that America had the foresight to take the steps necessary to ensure that our children and grandchildren will continue to be thrilled by our nation’s unique wildlife. With more than 1,800 species worldwide now listed as threatened and endangered, and thousands more threatened with extinction unless they are protected, America’s commitment to protecting wildlife is more important than ever.