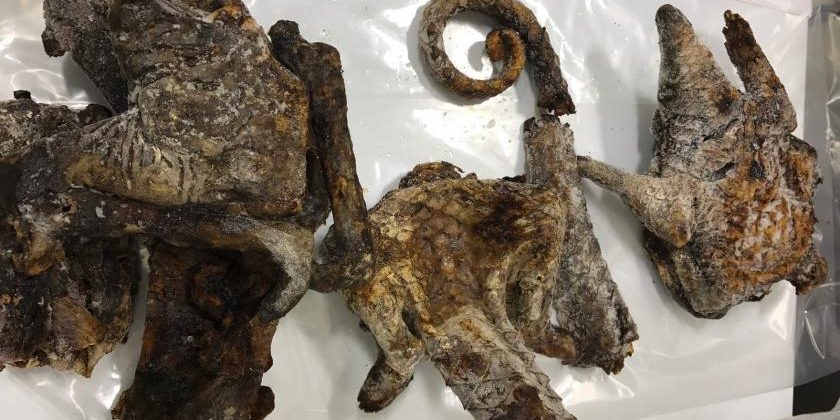 Diseases passed from animals to humans are on the rise, as the world continues to see unprecedented destruction of wild habitats by human activity. Scientists suggest that degraded habitats may encourage more rapid evolutionary processes and diversification of diseases, as pathogens spread easily to livestock and humans.

The World Health Organization reports that an animal is the likely source of the 2019 coronavirus (COVID-19), which has infected tens of thousands of people worldwide and placed a strain on the global economy.

“Therefore, as a general rule, the consumption of raw or undercooked animal products should be avoided,” said the World Health Organization in a statement. “Raw meat, raw milk or raw animal organs should be handled with care to avoid cross-contamination with uncooked foods.”

The statement came a few days before China’s legislature took action to curb the trade of wildlife and consumption of all wild animals. Full details are available on the web site of the Standing Committee of the 13th National People’s Congress (in Chinese).

“Humans and nature are part of one connected system, and nature provides the food, medicine, water, clean air and many other benefits that have allowed people to thrive,” said Doreen Robinson, Chief of Wildlife at the United Nations Environment Programme (UNEP).

According to the report, in the last two decades, emerging diseases have had direct costs of more than US$100 billion, with that figure jumping to several trillion dollars if the outbreaks had become human pandemics.

From the point of view of the environmental community, it is important to address the multiple and often interacting threats to ecosystems and wildlife to prevent zoonoses from emerging, including habitat loss and fragmentation, illegal trade, pollution, invasive species and, increasingly, climate change.