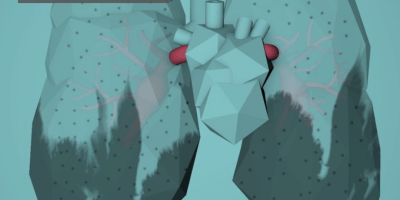 The “Clean Air Initiative” calls on national and subnational governments to commit to achieving air quality that is safe for citizens, and to align climate change and air pollution policies by 2030.

According to WHO, each year, air pollution causes 7 million premature deaths, of which 600,000 are children.

According to the World Bank, air pollution costs the global economy an estimated US$5.11 trillion in welfare losses and in the 15 countries with the highest greenhouse gas emissions, health impacts of air pollution are estimated to cost more than 4 per cent of GDP.

Meeting the Paris Agreement on climate change, however, could save over 1 million lives a year by 2050 and yield health benefits worth an estimated US$54.1 trillion – about twice the costs of mitigation – through reduced air pollution alone.

Governments at all levels can join the Clean Air Initiative by committing to specific actions, including:

• Implementing e-mobility and sustainable mobility policies and actions with the aim of making a decisive impact on road transport emissions.

• Assessing the number of lives that are saved, the health gains in children and other vulnerable groups, and the avoided financial costs to health systems that result from implementing their policies.

The announcement was made by the Secretary-General’s Special Envoy for the Climate Action Summit, Ambassador Luis Alfonso de Alba, in New Delhi, India, following two days of meetings with representatives of governments, business and civil society.

“The climate crisis and the air pollution crisis are driven by the same factors and must be tackled by joint actions. Governments at all levels have both an urgent need and huge opportunity not only to address the climate crisis, but also to improve the health and save the lives of millions of people around the world, all while making progress on the Sustainable Development Goals,” said Ambassador de Alba. “We call on governments at all levels to step up to this challenge and bring powerful commitments and concrete plans to the upcoming Climate Action Summit.”

“The climate emergency and air pollution are inextricably linked. The majority of emissions polluting our air are also responsible for the climate breakdown, and yet we continue to pollute the air we breathe, said Inger Andersen, Executive Director of the UN Environment Programme. “The Clean Air Initiative is a vital opportunity to connect experts across environment and health and support governments to develop bold policies that can avert the climate crisis and improve lives around the world.”

Dr Tedros Adhanom Ghebreyesus, Director-General of WHO said: “Air pollution kills about 7 million people every year, and 9 out of 10 people globally breathe air that is not fit for human consumption. We need to agree unequivocally on the need for a world free of air pollution. We need all countries and cities to commit to meeting WHO standards for air quality.”

The call to improve air quality is part of a wider movement to harness social and political drivers to improve people’s health, reduce inequities, promote social justice and maximize opportunities of decent work for all, while protecting the climate for future generations. At the Climate Action Summit, the coalition for Social and Political Drivers will commit to a healthier and safer future for all and call on governments and institutions to commit to act on health.

WHO experts, who are available for interviews: