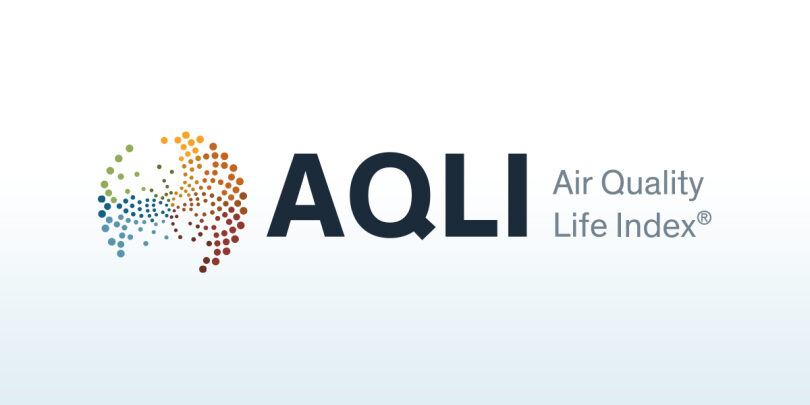 Particulate air pollution continues to cut global life expectancy by nearly two years as progress in some countries counterbalances worsening air quality in others, according to the Air Quality Life Index (AQLI).

The challenge of COVID-19 underscores more than any time in recent history how important it is to protect public health. Yet, as countries around the world race to develop a coronavirus vaccine, there is another, everyday killer causing billions of people to lead shorter and sicker lives: air pollution.

New data from the Air Quality Life Index (AQLI), which converts particulate air pollution into its impact on life expectancy, reveals that particulate pollution was the greatest risk to human health before COVID-19. And without strong and sustained public policy, it will be after COVID-19.

The analysis finds that particulate pollution cuts global life expectancy by nearly two years, relative to what it would be if air quality met the World Health Organization (WHO) guideline. This has consistently been the case over the last two decades, with the average global decline in life expectancy from pollution remaining at two years as improvements in some countries like China were balanced out by worsening conditions in other countries.

“Though the threat of coronavirus is grave and deserves every bit of the attention it is receiving—perhaps more in some places—embracing the seriousness of air pollution with a similar vigor would allow billions of people around the world to lead longer and healthier lives,” says Michael Greenstone, the Milton Friedman Distinguished Service Professor in Economics and creator of the AQLI along with colleagues at the Energy Policy Institute at the University of Chicago (EPIC). “The reality is, no shot in the arm will alleviate air pollution. The solution lies in robust public policy. The AQLI tells citizens and policymakers how particulate pollution is affecting them and their communities and can be used to measure the benefits of policies to reduce pollution.”

Working unseen inside the human body, particulate pollution has a more devastating impact on life expectancy than communicable diseases like tuberculosis and HIV/AIDS, behavioral killers like cigarette smoking, and even war. In fact, in areas of Central and West Africa where diseases like HIV/AIDS and malaria traditionally grab headlines, particulate pollution poses just as serious a health threat having a comparable impact on life expectancy. With growth in coal consumption in Africa over the next two decades projected to be triple what it was in the past two decades, recognizing particulate pollution as a possible growing problem becomes even more important.

Nearly a quarter of the global population lives in four countries in South Asia that are among the world’s most polluted: Bangladesh, India, Nepal and Pakistan. People living in these countries could see their lives cut short by 5 years on average, after being exposed to pollution levels that are now 44 percent higher than they were two decades ago. High pollution across the entirety of Bangladesh makes it the most polluted country in the world. The most severe pollution, however, is found in parts of India, especially northern India, including the megacities of Delhi and Kolkata.

Particulate pollution is also a significant concern in Southeast Asia, where traditional pollution sources such as vehicles, power plants and industry combine with forest and cropland fires to produce deadly concentrations. As a result, 89 percent of Southeast Asia’s 650 million people live in areas where particulate pollution exceeds the WHO guideline. Growing metropolises—such as Jakarta, Singapore, Ho Chi Minh, and Bangkok—bear the greatest burden.

“The good news is that there is now a track record of countries deciding to take action and succeeding in cleaning the air,” says Greenstone.

An especially poignant example comes from China, where the country began a “war against pollution” in 2013. Since then, three-quarters of the world’s reductions in pollution have come from China. The country has reduced particulate pollution by nearly 40 percent. If these reductions are sustained, Chinese citizens can expect to live about 2 years longer than they would have prior to their aggressive reforms.

The United States, Europe and Japan have likewise experienced success in reducing pollution thanks to strong policies that came on the heels of public calls for change. The progression of their success, however, further highlights the scale and speed of China’s progress. It took several decades and recessions for the United States and Europe to achieve the same pollution reductions that China accomplished in 5 years, while continuing to grow its economy. Even with this progress, there are still parts of the United States, Europe, Japan, and most especially China, where pollution meaningfully compromises human health.

“As countries today try to balance the dual goals of economic growth and environmental quality, the historical lesson from around the world is that policy can reduce air pollution in a wide variety of political contexts,” says Greenstone. “The AQLI makes clear that the benefits are measured in longer and healthier lives.”