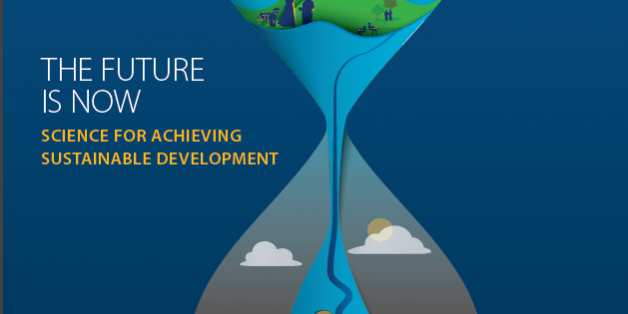 Achieving human well-being and eradicating poverty for all of the Earth’s people—expected to number eight and a half billion by 2030—is still possible, but only if there is a fundamental—and urgent—change in the relationship between people and nature, and a significant reduction in social and gender inequalities between and inside countries, according to a new United Nations report by an independent group of scientists to be launched at the 2019 SDG Summit.

The Report, requested by all countries to evaluate progress on the 2030 Sustainable Development Agenda, is the first of its kind since the landmark Sustainable Development Goals (SDGs) were adopted four years ago. Entitled “The Future is Now: Science for Achieving Sustainable Development,” the report finds that the current development model is not sustainable, and the progress made in the last two decades is in danger of being reversed through worsening social inequalities and potentially irreversible declines in the natural environment that sustains us.

A need to transform

Creating economic growth just by increasing consumption of material goods is no longer a viable option at the global level: Projections indicate that the global use of materials is set to almost double between 2017 and 2060, from 89 Gigatons to 167 Gigatons, with correspondingly increased levels of greenhouse gas emissions, and other toxic effects such as those from mining and other pollution sources.

The present model of development has delivered prosperity to hundreds of millions. But it also has led to continuing poverty and other deprivations; unprecedented levels of inequality that undermine innovation, social cohesion and sustainable economic growth; and it has brought the world close to tipping points with the global climate system and biodiversity loss. To change course, the scientists say the world must transform a number of key areas of human activities, including food, energy, consumption and production, and cities.

These transformations can come about through coordinated action by governments, business, communities, civil society and individuals. Science has a particularly vital role to play—a role that can be further strengthened by increasing investment in science for sustainability and in natural and social science institutions based in developing countries. The report emphasizes that achieving the SDGs fundamentally requires decoupling economic growth from environmental degradation, while at the same time, reducing social and gender inequalities in wealth, income and access to opportunities.

As not all countries are starting from the same place, the scientists say that higher levels of growth will continue to be needed in poorer countries, to ensure quality social services and infrastructure, at the same time stressing that growing first and cleaning up later is not an option. The report also highlights the need for increased access to appropriate technologies and knowledge.

Developed countries need to change their production and consumption patterns, including by limiting the use of fossil fuels and plastics, and to encourage public and private investments that align with the SDGs.

The extensive transformation that is needed will not be easy, and the report suggests that a deep scientific understanding is needed to anticipate and mitigate the tensions and tradeoffs inherent in widespread structural change.

A call to action: 20 interventions that will matter

The report’s Call to Action identifies 20 points where interventions can create transformative and accelerated progress towards multiple goals and targets in the coming decade. These targeted actions are based on the recent scientific literature analyzing the deeper systemic interconnections that identify synergies and trade-offs between individual goals and targets.

The report advocates for universal access to quality basic services—healthcare, education, water and sanitation infrastructure, housing and social protection—as a prerequisite to elimination of poverty and advances in human well-being, with special attention given to persons with disabilities and other vulnerable groups. The report calls for renewed attention to ending legal and social discrimination, and for strengthened unions, nongovernmental organizations, women’s groups and other community organizations, finding them all to be important partners in efforts to implement the 2030 Agenda.

The authors identify the food and energy systems as particularly important arenas for change since these systems, as they currently function, are bringing the world toward environmental tipping points, but they are also critical nexus areas for human health and well-being.

The food system must undergo widespread changes to the infrastructure, cultural and societal norms, and policies that are supporting the current, unsustainable, status quo. At present, approximately 2 billion people suffer from food insecurity and 820 million people are undernourished. At the same time, overweight rates are growing in almost all regions of the world.

For developing countries, stronger social protection floors are needed to ensure food security and nutrition. Countries must reduce the environmental impact of their food production systems, considering the entire value chain, by reducing food waste and reducing reliance on animal-based protein sources. Developing and developed countries both need to increase attention to malnutrition in all its forms—including the increasingly high numbers of persons who are overweight.

The energy system also must transform to close the energy access gap. Close to 1 billion people are without access to electricity, predominantly in Sub-Saharan Africa, and more than 3 billion people rely on polluting solid fuels for cooking, causing an estimated 3.8 million premature deaths each year. These gaps must be addressed, while at the same time increasing energy efficiency and phasing out fossil-based power generation without carbon capture and storage, so that the world economy is decarbonized, in line with the aspirations of the Paris agreement.

The amount of modern renewable energy in the total global energy supply has increased by an average of 5.4 percent annually over the past decade. Meanwhile, since 2009 the price of renewable electricity dropped by 77 percent for solar photovoltaics and 38 percent for onshore wind—and for five years in a row, global investments in clean energy have exceeded US$ 300 billion annually.

However, additional growth has been stymied by direct and indirect subsidies to fossil fuels that continue to distract from their true economic, health and environmental costs. With two-thirds of the global population projected to live in cities by 2050, the report finds that achieving the 2030 Agenda will require more compact and efficient cities that are better served by quality public transport and other infrastructure, social services and an economy that provides decent and sustainable livelihoods including those enabled by technology and nature-based industries.

The scientists emphasized that the global environmental commons—such as the atmosphere, rainforests and oceans—must be safeguarded as crucial sources of ecosystem services and natural resources. Governments, local communities, the private sector and international actors must work together to conserve, restore and sustainably use natural resources. Accurately assessing environmental assets is a critical first step, and their value should be reflected through pricing, transfers, regulation and other economic instruments.

Decisions based on science

The report makes the case for shifting current research priorities and supporting innovative approaches to sustainability science, emphasizing cross-disciplinary partnerships, and committing support and resources to scientific institutions, particularly in the global South.

Development aid budgets should prioritize boosting scientific capacity and access in the global South. UN Member States, research consortia and libraries should work together to improve cross-border and inter-disciplinary collaborations in science for the SDGs.