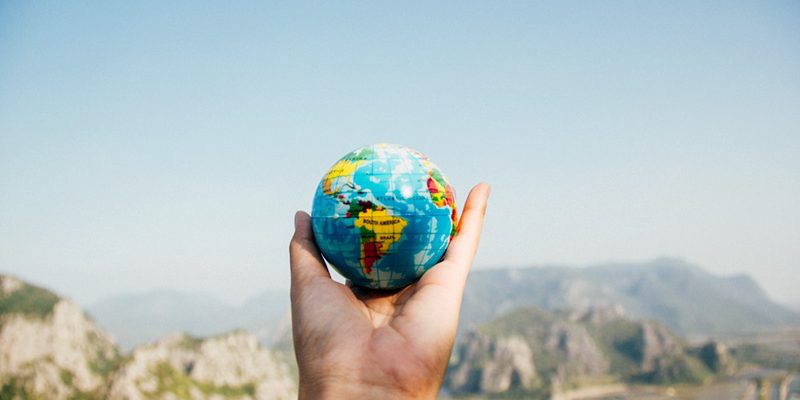 Each year upwards of 500 million people in 174 countries celebrate Earth Day, the largest secular holiday in the world. Earth Day is a great reminder for everyone otherwise just going about their daily lives that we should all be doing more to protect ecosystems, fight climate change and live greener lifestyles.

According to Earth Day Network (EDN), the non-profit that has been organizing and overseeing Earth Day every year since its inception in 1970, this year’s focus is on species protection. The group reports that we’re losing species at 1,000 to 10,000 times the normal rate. “Many species will disappear before we learn about them or the benefits they bring to our ecosystems and our planet,” says EDN. “The loss is so great that the welfare and future of the human species are threatened.”

EDN is using the platform of Earth Day to raise awareness about the accelerating rate of extinction of countless numbers of species and why this speed-up is happening now. They hope to activate a global movement that values nature in and of itself, and to encourage individual actions that help fight climate change, one of the most serious threats not only to humans but also animal and plant species.

The group has also enlisted the help of thousands of partner organizations around the world to advance and protect laws, policies, regulations and international agreements to prevent species loss and preserve as much biodiversity on the planet as possible. Here in the U.S., EDN is focusing on saving the Endangered Species Act and the Migratory Bird Treaty Act from the deregulatory sword of the Trump administration.

“The good news is that the rate of extinctions can still be slowed, and many of our declining, threatened and endangered species can still recover if we work together now to build a united global movement of consumers, voters, educators, faith leaders and scientists to demand immediate action,” says EDN president Kathleen Rogers.

You can show your support for the cause by showing up at an Earth Day event near you. Chiff.com provides links to Earth Day events in various major cities across North America including Boston, Chicago, Washington, D.C., Jacksonville, Houston, New York, Philadelphia, St. Louis, Seattle, Los Angeles, Oakland, San Diego, San Francisco, Ottawa and Quebec. If you live elsewhere, check out Everfest’s Earth Day page which lists events in 40 different metro regions across the U.S. Or if you can’t get to an event, just do something good for the planet: plant a tree, bike to work, go meatless. Even better, check out U.S. Environmental Protection Agency (EPA) ideas for community service projects, from watershed restoration of local waterways to waste reduction at school
.
With so many options, you can easily be a part of the solution to our environmental woes in 2019. And if you’re not already respecting the Earth on a daily basis, Earth Day is a great time to start.