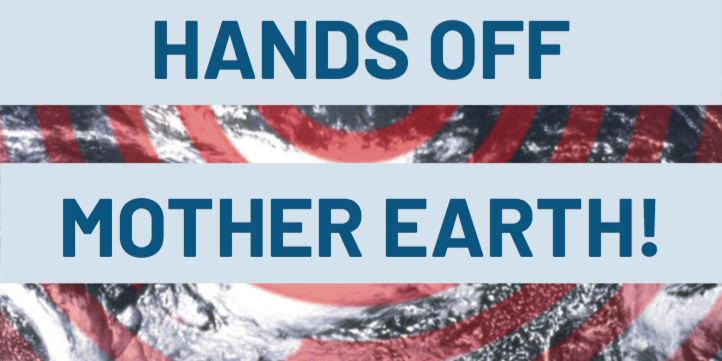 Under pressure from high-emitting, oil-producing countries, the United Nations Environment Assembly (UNEA) failed to advance a proposal to examine the risks of geoengineering technologies and to consider the need for a stricter governance framework. While many countries at the fourth UNEA meeting in Nairobi this week defended a precautionary approach that would build upon the agreed moratoria on geoengineering that already exist within the United Nations, a handful of high-emission, oil-producing countries actively blocked any progress. Last January, Switzerland, along with 11 other countries, had presented a proposal for UNEA to assess the status of geoengineering technologies and to consider potential United Nations governance frameworks, particularly for Carbon Dioxide Removal and Solar Radiation Management.

Geoengineering is a set of large-scale technological proposals to manipulate the climate in an attempt to remove greenhouse gases from the atmosphere and/or reduce global temperatures. These technologies do nothing to address the root causes of climate change and entrench continued dependence on the fossil fuel economy. Because of its inherent high risks and potential impacts on biodiversity, people, and the environment, the Convention on Biological Diversity (CBD) established a moratoria against its deployment (2010) and the London Convention on Marine Dumping adopted a ban on ocean fertilization (2013).

“As a civil society organization that has been working on geoengineering governance for over a decade, we are frustrated that this resolution was blocked,” said Silvia Ribeiro, Latin America Director of ETC group. “The good news is that the CBD moratorium and the London Convention ban continue and are examples for other bodies. UNEA should have built on the precautionary decisions that are in place and taken steps towards establishing further multilateral governance measures. This is particularly needed, when some powerful countries are considering developing geoengineering techniques as an excuse to not make real greenhouse gas emissions reductions, and there are several announced open-air experiments, for example in the US and Chile, that would violate the CBD moratorium.”

“The need for further steps towards comprehensive and binding UN governance for these high-risk technologies is more urgent than ever. The transboundary risks and adverse impacts of geoengineering go far beyond the climate change discussion. Deployment of geoengineering, including Solar Radiation Management and Carbon Dioxide Removal, would jeopardize not only ecosystems and livelihoods but also human rights, sustainable development goals, and international security,” says Barbara Unmüßig, President of the Heinrich Böll Foundation. “We call on those countries that have fought for precautionary and effective governance here at UNEA-4 to take the necessary steps towards an international ban on geoengineering.”

“The active opposition to any form of geoengineering oversight from the United States and Saudi Arabia should be a wake up call to those who assume big emitters and oil producers will readily embrace responsible governance of these technologies if it interferes with business as usual,” said Carroll Muffett, President of the Center for International Environmental Law (CIEL). “Despite its leading role in the deployment of carbon dioxide removal for oil and fuel production, and in promoting geoengineering research and experimentation, the United States proved unwilling to consider even limited international oversight for either. Resistance to that oversight by countries at the center of geoengineering research and development demonstrates the grave risk that these technologies will move forward without the shared global governance that geoengineering researchers acknowledge is absolutely necessary. Such a governance structure is not a minor obstacle that can be assumed away, but rather an intractable political problem of precisely the kind that has delayed climate action for decades.”

The Hands Off Mother Earth Campaign (HOME), a worldwide coalition of civil society organizations and social movements, the majority from the Global South, demands an immediate stop to all open-air experiments. Several members of the campaign reiterated the call for a ban on geoengineering to their governments before UNEA-4 and attended the negotiations in Nairobi.

The United Nations Environment Assembly met for the fourth time in Nairobi, Kenya, from March 11-15th, 2019. On March 13, Switzerland tabled a resolution on geoengineering and its governance that was supported by eleven countries: Burkina Faso, Federated States of Micronesia, Georgia, Liechtenstein, Mali, Mexico, Niger, Senegal, and Montenegro.

The Swiss resolution originally called for an assessment of the status of geoengineering technologies and of potential governance frameworks for each technology and to engage the relevant entities of the United Nations, including treaty secretariats, in this assessment. An Ad Hoc Independent Expert Group was expected to advise the Executive Director on the development of the assessment, which would have been due by August 2020 and could have provided the basis for future decisions on regulatory mechanisms – by UNEA and other United Nations bodies. After two weeks of intense negotiations ending in a gridlock, Switzerland opted for withdrawal of the resolution late on 13 March 2019.

The London Convention/London Protocol on the Prevention of Marine Pollution by Dumping of Wastes and Other Matter has also discussed these issues for almost a decade. Following a Statement of Concern on ocean fertilization issued by its Scientific Groups and endorsed by its Governing Bodies in 2007, the LC-LP parties unanimously adopted a resolution in 2008 prohibiting all ocean fertilization activities other than those for “legitimate scientific research,” followed by another resolution in 2010 that set out strict conditions defining what constitutes “legitimate scientific research.” In 2013, the London Protocol parties unanimously adopted an amendment that gave the prohibition and assessment framework legal force and opened the possibility for other marine geoengineering activities to be regulated in the future. The UN Expert Group on Marine Environmental Protection, GESAMP, has recently finalized a technical review of many of the other proposed marine geoengineering activities, which will then form the basis for further regulatory considerations by LC-LP parties.

Geoengineering is an ineffective and irresponsible approach to the challenges posed by climate change. Its risks and potential impacts are global and extend far beyond the climate discussion. All of the proposed technologies carry large-scale risks for biodiversity, ecosystems, food security, human rights, health and democracy. It creates new threats to peace and security at the national, regional and global scales, both through the unintended but foreseeable exacerbation of underlying conflicts and through the potential for weaponization of geoengineering technologies. And it would further entrench our dependence on a fossil fuel economy.