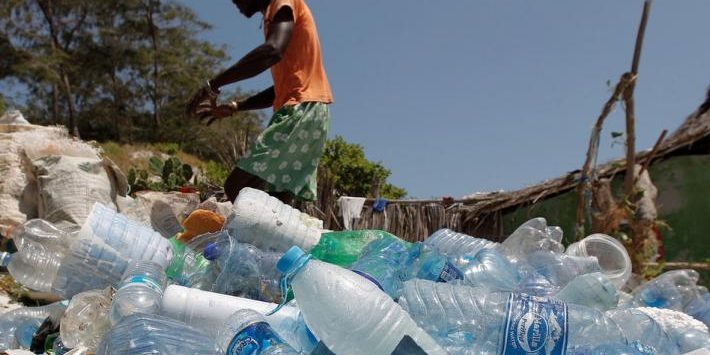 The global fight against plastic pollution comes into sharp focus at the Fourth UN Environment Assembly this month in Nairobi, Kenya, with the launch of three reports each addressing different aspects of, and solutions for, the growing impact of plastics on the world’s marine environments.

The report, Plastics and Shallow Water Coral Reefs, spotlights the current science on the impact of plastics on shallow water coral reefs and provides recommendations for policy-makers for addressing and reducing these impacts.

Hundreds of millions of people and industries worth billions of dollars depend on healthy shallow water coral reefs. Yet, these fragile ecosystems are under threat from human activity, including climate change and pollution. As a result, we are now seeing unprecedented levels of decline in reef health and coral cover across the globe.

The majority of marine litter is composed of plastic, between 60-80 per cent. Although the composition and relative quantity varies regionally, marine plastic pollution can now be found in all the world’s oceans, but it is thought to be in highest concentration in coastal areas and reef environments. The majority of this litter originates from land-based sources.

“Waste continues to leak from land, and coral reefs are on the receiving end. They also trap a lot of fishing gear as well as plastic lost from aquaculture. With the impacts of climate change on coral reef ecosystems already significant, the additional threat of plastics must be taken seriously.”

There remains a significant lack of knowledge on the true impacts of plastics on the reef environment. The report identifies a number of knowledge gaps that must be addressed to strengthen the scientific evidence base for action on marine plastics that impact coral reefs, and towards achievement of targets set by the global community.

The report provides extensive, practical guidelines and recommendations, for national, inter-governmental and international organizations responsible for managing the impacts of land- and sea-based human-activities on the marine environment. It is particularly useful for organizations that are less experienced in marine environmental monitoring.

The guidelines cover all size ranges of plastic litter encountered in the marine environment, on shorelines, floating on the sea surface, suspended in the water column, deposited on the seabed or associated with biota (ingested/encrusted/entangled).

“There is greater political and social awareness of the issue that plastic pollution is having on the world’s marine environments,” says UN Environment’s Chief Scientist, Jian Liu. “Without harmonization of the data being collected globally, the collective response to tackle the marine plastic issue will always be compromised.

“Now with access to shared monitoring guidelines, we will have a clearer picture of the true scale of the problem, and measure the impact of dedicated reduction measures, such as the banning of single use plastics.”

Reliable monitoring allows for the setting of indicators and targets and supports informed decision-making. The need for greater harmonization of methods has become more critical with the adoption of the UN Sustainable Development Goals (SDGs), in particular SDG14.1.1: floating plastic litter as a global indicator of marine pollution.

The third report, Gender Mainstreaming in the Management of the Marine and Coastal Ecosystems, provides an analysis of the gendered nature of the use, management, and conservation of the marine and coastal environment.

According to the report, the contributions of women in managing plastic and other waste, onshore fisheries, aquaculture, processing and trading of marine products, and their important role in conservation and disaster-risk reduction initiatives in marine and coastal areas have historically been routinely ignored or underestimated in research, management and policy.

“We have largely been gender-blind in the management of our marine and coastal areas around the world, but when we apply a gendered lens we can see that women and men are impacted differently in terms of health, income and work,” says Lisa Svensson, coordinator of UN Environment’s Marine and Coastal Ecosystems Branch.

A critical challenge faced by policy makers, environmental managers and development practitioners in mainstreaming gender in marine and coastal management is the lack of practical examples to draw upon.

The report shares experiences, key lessons and recommendations from a small sample of projects and initiatives available across globe that have focused on the specific needs of women and other marginalized groups in the use and management of marine and coastal environments. These include: women’s activism around plastic pollution in coastal Yucatán, Mexico; coastal women in Odisha, India, who are at the forefront of climate action; and gender mainstreaming for reducing poverty in coastal Philippines.

• As of 2010 an estimated 11.1 billion items of plastic are thought to be in the Asia-Pacific region alone and this is expected to increase to 15.7 billion by 2025.

• At the time of writing over 700 different species have been documented to have had some form of negative interaction with marine litter (namely plastics).

• Ghost gear is likely to be one of the most significant threats in marine ecosystems and over 46% of plastics found in the ‘floating garbage patches’ (or gyres) are made up of this plastic type.

• The additive effects of climate change and other stressors (like plastic pollution) are unknown.