The Tyler Prize for Environmental Achievement 2019 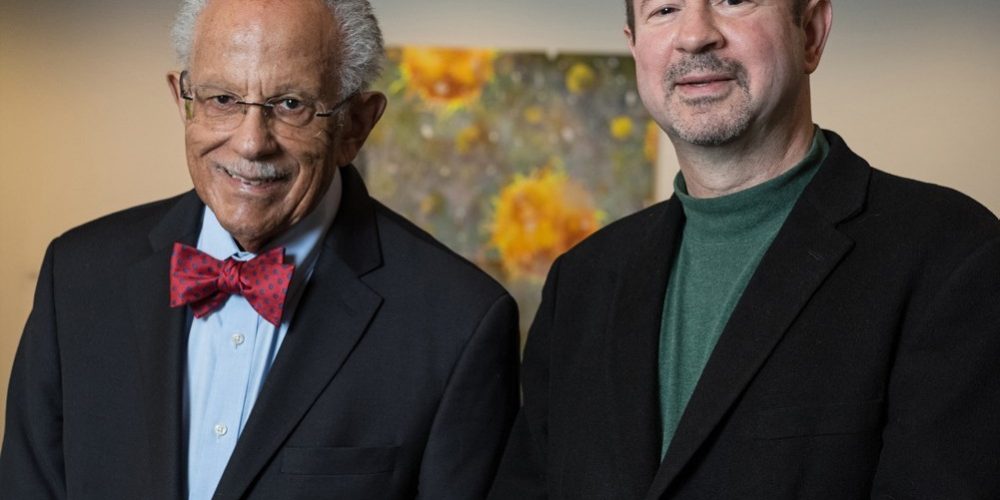 The 2019 Tyler Prize for Environmental Achievement – often described as the ‘Nobel Prize for the Environment’ – has been awarded to climate scientists Michael E. Mann and Warren M. Washington.

“The Tyler Prize Executive Committee is honored to recognize two outstanding scientists, who have not only advanced our knowledge of Climate Change, but also demonstrated exceptional courage and commitment to public policy,” said Julia Marton- Lefèvre, Tyler Prize Chair.

Before computers, our understanding of Earth’s climate was based purely on observations and theory; scientists were simply unable to calculate the complex interactions within and between Earth’s land, ocean, and atmosphere.

Recognizing the potential of early 1960’s computers, a young African-American scientist named Warren M. Washington overcame extraordinary technical limitations, to collaborate on the construction of one of the first-ever computer models of Earth’s climate. As computing power increased, Dr. Washington lead a cooperative effort to make additions to his atmospheric climate model, including oceans, sea ice, and rising CO2 levels.

These early models allowed scientists to predict the impact of increasing CO2, and were instrumental to the 2007 Intergovernmental Panel on Climate Change (IPCC) Assessment – for which Dr. Washington shared the 2007 Nobel Peace Prize.

“Dr. Washington literally wrote the earliest book on climate modeling,” said Shirley Malcom, Director of Education and Human Resources at the American Association for the Advancement of Science (AAAS), of his seminal work, An Introduction to Three-Dimensional Climate Modeling – co-written with Dr. Claire Parkinson.

“Dr. Washington has been a pioneering climate scientist for over 40 years and has been at the leading edge of climate model development,” said Prof. John Shepherd, former Deputy Director of the Tyndall Centre for Climate Change Research. “Much of what is known about the Earth’s climate system and climate modeling is directly traceable to the lifelong work of Dr. Washington.”

Modern temperature records only date back around 150 years, and with such limited data, early climate scientists found it difficult to discover patterns in Earth’s climate.

To reconstruct Earth’s climate beyond the limits of human records, Dr. Michael E. Mann pioneered the use of ‘climate proxy data’ – including ice cores, tree rings, and lake sediments – to estimate global temperatures more than 1,000 years into the past. His analysis showed compelling evidence that Earth’s climate was getting warmer; producing a pattern which became known as the ‘Hockey Stick Graph’ (1999) – ‘the most controversial chart in science’.

Despite intense public scrutiny, Dr. Mann chose not to retreat to the lab, but instead doubled-down on his efforts to make Climate Change science accessible to the public. Dr. Mann has appeared extensively in the media, and has advised climate advocates including Leonardo DiCaprio, Jerry Brown and Bill Nye.

“We are all indebted to Dr. Mann’s work as a pioneering researcher and climate communicator,” said Al Gore, former U.S. Vice President. “Dr. Mann has continued to press forward, defending his work and that of the entire scientific enterprise.”

“He has become one of the ‘go-to’ scientists when the U.S. media wants an explanation for the latest scientific findings about Climate Change, or the connection between the latest disaster and Climate Change,” said Prof. Jane Lubchenco, former Administrator of National Oceanic and Atmospheric Administration (NOAA). “He is a staunch defender of good science, but he does not suffer fools lightly, and routinely calls them out in a very public manner. He is edgy, but right.”

“Professor Mann did not choose the easy way out. For his courage in the face of this challenge, Mike Mann is not just a great scientist, but also a hero,” said Prof. Naomi Oreskes, author of the book Merchants of Doubt.

On May 2, Dr. Mann and Dr. Washington will deliver a public lecture on their work at the UCSF Mission Bay Conference Center. In a private ceremony on May 3, the Tyler Prize Executive Committee and the international environmental community will honor the two Laureates during a ceremony at the Ritz Carlton Hotel, San Francisco.

Prize amount: $200,000, to be shared equally between the Laureates

The Tyler Prize is administered by the University of Southern California