Plastic recycling: an underperforming sector ripe for a remake 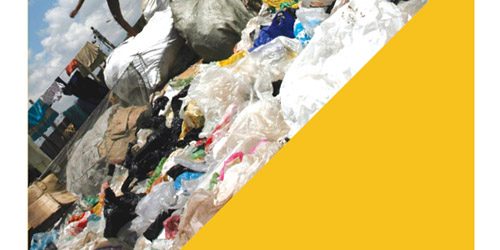 While there is no silver-bullet solution to the toxic tide of plastic surging into our oceans, recycling must form part of the answer. The problem, many experts say, is that current processes are not fit for purpose.

The world produces around 300 million tons of plastic waste each year. To date, only 9 per cent of the plastic waste ever generated has been recycled, and only 14 percent is collected for recycling now.

The reasons are complex. Not all plastic can be recycled and a lack of public awareness means plastic collections are often contaminated. This can increase the cost of recycling.

In the United States, for example, the introduction of single-stream recycling—where recyclables are not separated in household collections—led to a huge surge in recycling rates, but as plastics became more complex, people started placing the wrong things in their bins. Waste Management, the largest processor of residential recycling in North America, says that one in every four items in recycling bins today is not recyclable.

“Chemicals added to plastic polymers, products made of mixed materials and food packaging contaminated with food waste make recycling difficult and costly,” wrote the authors of UN Environment’s The State of Plastics report.

The need to rethink recycling became more apparent when China, which has imported nearly half the world’s waste since 1992, stopped taking foreign plastic waste this year. China’s decision exposed weaknesses in recycling facilities in many other countries.

There are financial reasons for the shortfalls. Depending on the oil price, it is often cheaper to make virgin plastic while the market for recycled plastic is notoriously volatile, making investors reluctant to commit to the sector.

For years, activists have argued that packaging producers and retailers should pay more to cover the cost of dealing with their waste. While many brands have committed to using more recycled plastic, the pressure is growing for them to do more.

The European Commission unveiled a Plastics Strategy in January, saying that its drive to make all plastic packaging recyclable or reusable by 2030 could create 200,000 jobs but only if recycling capacity was multiplied fourfold. The European Union recycles less than 30 per cent of its 25 million tonnes of plastic waste each year, and half of that used to be sent to China.

As part of its strategy, the European Union will develop new rules on packaging to improve the recyclability of plastics and increase demand. It wants to see improved and scaled up recycling facilities and a more standardized system for the separate collection and sorting of waste.

UN Environment, which started its Clean Seas campaign in 2017 to push for the elimination of unnecessary single-use plastics, also supports the implementation of integrated waste management systems through its International Environmental Technology Centre in Japan.

There is clearly a need to support waste management strategies in poorer countries, where municipal authorities often do not have the capacity to implement suitable policies. Some of these countries are also among the biggest marine polluters: 90 per cent of the plastic in our oceans comes from just 10 rivers, with eight of those in Asia.

Some of the industry’s top players have spotted the gaps. In October, waste management company Veolia and consumer goods giant Unilever said they would work together to invest in new technologies to increase recycling and move towards a circular economy.

The three-year partnership will focus, at first, on India and Indonesia where the firms will work to scale up waste collection and recycling infrastructure.

Circulate Capital, an investment management firm dedicated to preventing ocean plastic, said in October that it expected US$90 million in funding from some of the world’s leading consumer good groups and chemical companies, including PepsiCo, P&G, Dow and Coca-Cola.

Created in collaboration with Closed Loop Partners and the Ocean Conservancy, Circulate Capital aims to demonstrate the value of investing in waste management and recycling in South and Southeast Asia. It uses philanthropic and public funds, as well as technical assistance, to support and develop public and nonprofit entities to implement new approaches and build capacity that can support large institutional capital commitments.

“We have recognized that financing is a key barrier—as people always want to know ‘who is going to pay for it?’ By removing capital for infrastructure and operators as a barrier, we believe we can accelerate solutions to policy, education, supply chains and more,” said Rob Kaplan, the founder and CEO of Circulate Capital.

Big name corporations are not the only players. In many developing economies, recycling is carried out by millions of waste pickers, often women, children, the elderly and the unemployed. They may be on the frontline of sustainability but their own lives are often marred by unhealthy working conditions, lack of rights and social stigma.

The World Bank said in its What a Waste 2.0 report that when waste pickers are properly supported and organized, informal recycling can create employment, improve local industrial competitiveness, reduce poverty and decrease municipal spending.

Citizens also have a role to play but education and information are essential. The World Bank cites the example of Jamaica, where environmental wardens, employed by the National Solid Waste Management Authority, teach their neighbours about environmentally friendly disposal of waste. The communities involved collect plastic bottles and remove plastic litter from shared spaces and drains. They then sell the collected bottles to recyclers.

“There is no silver bullet to solving ocean plastic and scaling global recycling—investing in public education without infrastructure won’t achieve results, and vice versa,” said Circulate Capital’s Kaplan. “It is a systems challenge that requires systems solutions.”

Ahead of the United Nations Environment Assembly next March, UN Environment is urging people to Think Beyond and Live Within. Join the debate on social media using #SolveDifferent to share your stories and see what others are doing to ensure a sustainable future for our planet.

Half of World’s GDP Moderately or Highly Dependent on Nature
January 23, 2020