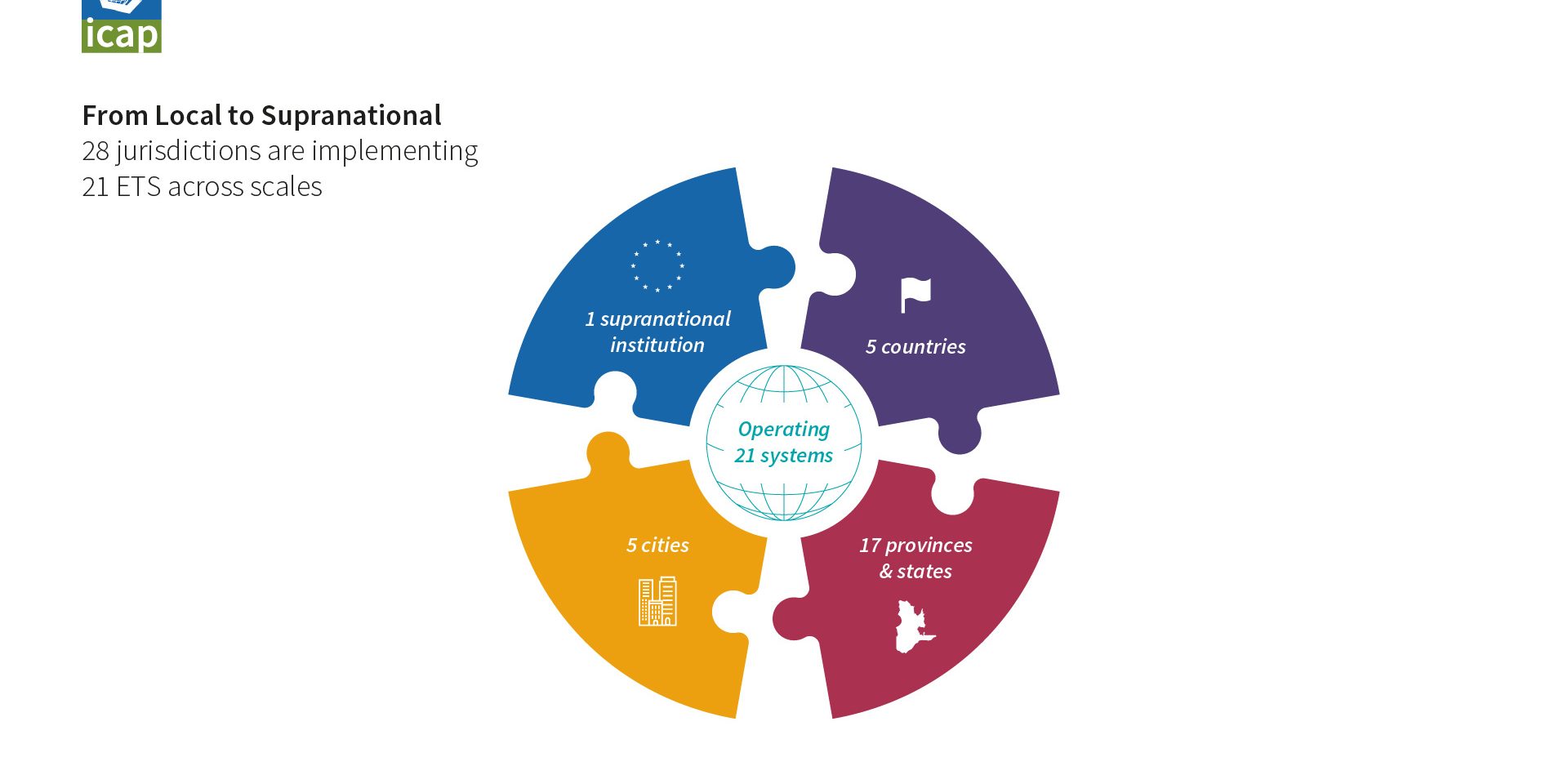 The International Carbon Action Partnership’s new report finds 2017 marks a key step forward for emissions trading. The adoption of ETSs in emerging economies, structural reforms and new cooperation initiatives have boosted confidence in carbon markets and help establish emissions trading as an important tool in reaching the goals of the Paris Agreement.

Tripling the share of global emissions capped by emissions trading

Emissions trading has advanced both in established markets and in emerging economies, now covering 15% of global emissions. The initial launch of China’s national ETS for the power sector in 2017 is a remarkable and rapid first step for an emerging economy that is home to the world’s largest coal fleet. This development alone sends a strong signal to the international community as the trajectory of Chinese coal consumption has recently been one of the key drivers of global emissions. The next years give the national government time to build the foundation for a robust, economy-wide carbon market that can be ratcheted up in line with the ambition of the Paris Agreement.

Efforts to price carbon are also progressing in Latin America and subnationals in North America. Mexico, Latin America’s second largest economy, will start piloting a mandatory ETS later this year. In addition, Chile, Colombia and Mexico are jointly exploring regionally consistent carbon market design elements such as Monitoring, Reporting and Verification (MRV). In North America, subnational jurisdictions continue to lead with cap-and-trade. The largest Canadian province, Ontario, linked its system to the joint carbon market of California and Québec as of beginning 2018. As part of the Pan-Canadian Framework on Clean Growth and Climate Change, all Canadian provinces and territories will have a price on carbon by the end of this year. Interest in several US States, like Virginia and New Jersey, could also see an expansion of cap-and-trade despite inaction on the federal level.

“A wide range of actions are taking shape across all levels of government, from the municipal level all the way up to the international level. Sub-national governments in particular have played and will continue to play a vital role.” stated Jean-Yves Benoit, ICAP Co-Chair, and Director of the Carbon Market, Ministry of Sustainable Development, Environment and Fight Against Climate Change of Québec.

Together, these two trends – the continual spread of ETSs and reforms of major systems – will continue to change the landscape of emissions trading – widening and deepening its role in the low-carbon transformation process worldwide.

“While the challenge of climate change grows with every year, so does the competency and determination of the policy response,” said International Carbon Action Partnership (ICAP) Co-Chair Marc Allessie, Director of the Dutch Emissions Authority (NEa). “We are confident that ETS is bound to its promise of delivering a cost-effective tool for implementing national pledges under the Paris Agreement.”

The ICAP Status Report is published annually and features in-depth articles from policymakers and carbon market experts with insights into the latest ideas across the globe. To download the full report, executive summaries in Chinese, English, and Spanish, infographics, and a short video, please visit https://icapcarbonaction.com/en/status-report-2018

About ICAP: The International Carbon Action Partnership brings together regional, national and sub-national governments and public authorities from around the world to discuss important issues in the design of emissions trading schemes (ETS) and the way forward to a global carbon market. 35 national and subnational jurisdictions have joined ICAP as members since its establishment in 2007.