Is it greener to take showers or baths? 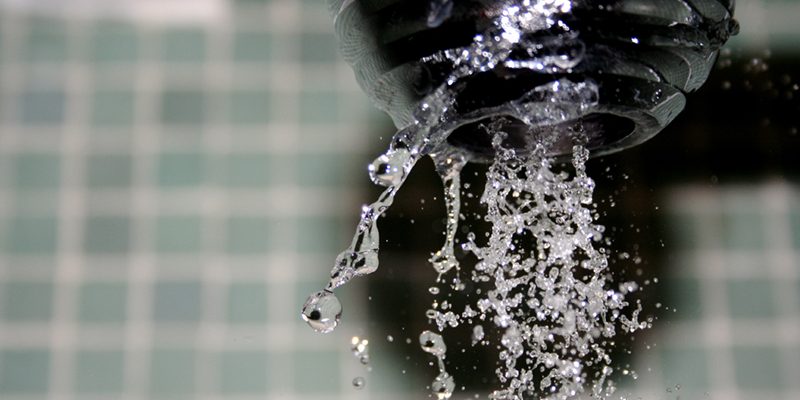 Dear EarthTalk: Can you settle this age-old question for me once and for all: Is it greener to take showers or baths? And how can I save water either way? — Tim Jackson, Queensbury, NY

Like most good questions, it depends… The main variables are how long the shower takes and the flow rate of the shower head. A typical bathtub holds 36 gallons of water, but most of us only fill it up partially. For baseline purposes, let’s assume a typical bath uses 25 gallons. Meanwhile, a typical shower head doles out 2.5 gallons per minute (GPM). (In 1992 the federal government mandated that all new shower heads sold in the U.S. had to be 2.5 GPM, although California, Colorado and New York have since instituted even lower limits for their own states.) According to this scenario, a 10-minute shower would use as much water as 25-gallon bath.

If you can spend less than 10 minutes in the shower, all the better for the environment. Likewise, if you install a low-flow shower head—some models go as low as 1.5 GPM now—you can save even more water and money on your water bill. The U.S. Environmental Protection Agency’s (EPA’s) “WaterSense” label marks shower heads that are particularly miserly when it comes to water usage.

But just because a new shower head is low-flow doesn’t mean it has to feel like it, given the genius of engineering going into new products from fixture makers. Delta may be leading the pack with its “H₂Okinetic” design that uses physically larger water droplets to provide what it describes as “the feeling of more water without using more water.” Its budget-oriented 75152 model (~$30 online) can be toggled between 2.5 GPM and a stingy 1.8 GPM, and is a top pick on leading review site Wirecutter. “On its 2.5 GPM setting…the Delta 75152 delivers a powerful, soaking spray through its four nozzles, which create a much denser spray pattern than the ring of spray holes found on most budget showerheads,” reports Wirecutter.

Yet another way to cut down on water waste in the shower is by using a so-called “shower timer” that lets you know how long you’ve been scrubbing. Waterproof timers go from anywhere between $6 and $20 online; it might be the best investment in water conservation you could make. A more elaborate version is the $149 Shower Manager, a battery-powered device that you install between an existing shower head and its supply pipe in order to ratchet down the flow significantly or shuts the shower off completely after a pre-set period of time.

For those of us who just can’t give up our baths, there are some things we can do to keep the water waste to a minimum. For starters, plug the drain before you start running the water and adjust the temperature as it fills up. Also, only fill up the tub to the minimal level you’ll need to get your body wet and washed. And truly committed environmentalists can find a way to reuse the “graywater” from the bathtub to irrigate your garden or water your houseplants, either by rigging up some kind of hose system or just with a plain old bucket.

EarthTalk® is a weekly syndicated column produced by the non-profit EarthTalk. To find out more, submit a question, or make a donation, visit us at EarthTalk.org.