Assessing the Global Climate in 2017 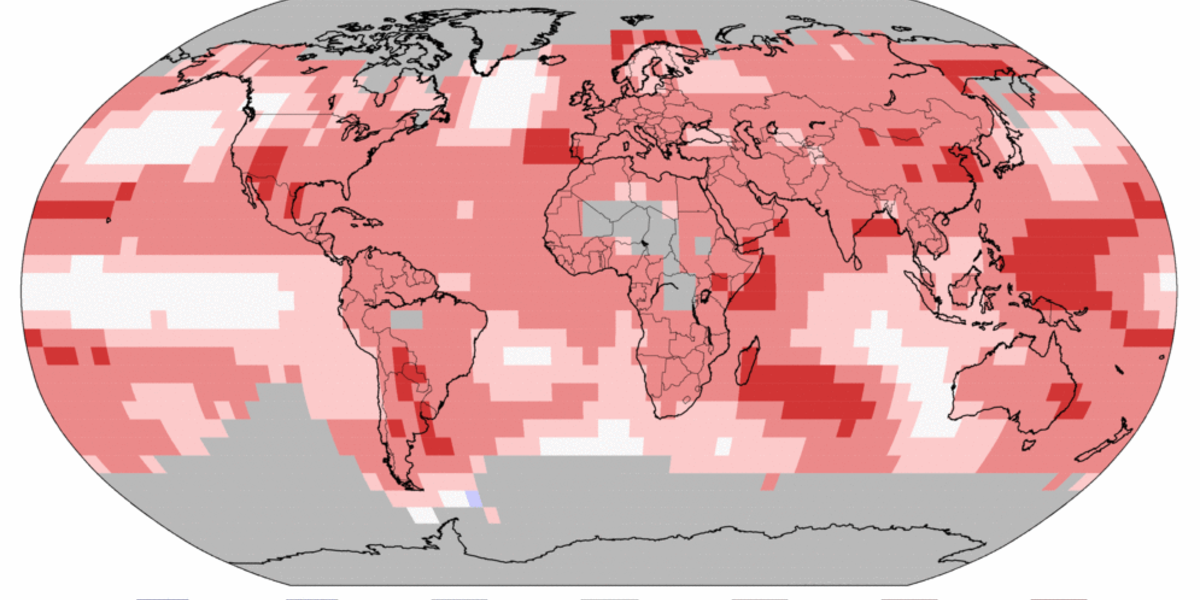 The globally averaged temperature over land and ocean surfaces for 2017 was the third highest since record keeping began in 1880, according to NOAA scientists. December’s combined global land and ocean average surface temperature departure from average was the fourth warmest December in the 138-year record.

This summary from NOAA’s National Centers for Environmental Information is part of the suite of climate services NOAA provides to government, business, academia and the public to support informed decision-making.

In a separate analysis of global temperature data, released today, NASA scientists ranked 2017 to be the second warmest on record, behind the record year 2016. The minor difference in rankings is due to the different methods used by the two agencies to analyze global temperatures, although over the long-term the agencies’ records remain in strong agreement. Both analyses show that the five warmest years on record all have taken place since 2010. Analyses from the United Kingdom Met Office and the World Meteorological Organization also ranked 2017 among the top three warmest years on record.

o The monthly global land and ocean temperatures at the start of 2017 were extremely warm, with the first four months each ranking as the second warmest for their respective months, behind the record year 2016.

o 2017 marks the 41st consecutive year (since 1977) with global land and ocean temperatures at least nominally above the 20th century average, with the six warmest years on record occurring since 2010. Since the start of the 21st century, the annual global land and ocean surface temperature has been broken five times, three of those being set back-to-back (2014-2016). From 1880 to 1980, a new temperature record was set on average every 13 years; however, for the period 1981-2017, the frequency of a new record has increased to once every three years.

o The yearly global land and ocean temperature has increased at an average rate of 0.13°F (0.07°C) per decade since 1880; however, the average rate of increase is more than twice as great since 1980.

o Record high temperatures over land surfaces were measured across central North America, southern South America and scattered across parts of Africa, the Middle East and eastern Asia. No land areas were record cold for the year.

o The year ranked among the sixth warmest on record for each of the six continents analyzed, with South America having its second warmest year since continental records began in 1910, behind 2015.

• Northern Hemisphere snow cover: According to NOAA data analyzed by the Rutgers Global Snow Lab,(link is external) the average annual Northern Hemisphere snow cover extent during 2017 was 9.96 million square miles. This was about 360,000 square miles above the 1981-2010 average, the largest since 1985 and the eighth largest in the 1968-2017 record.

• Arctic sea ice extent: Recent trends in the decline of Arctic sea ice extent continued in 2017. When averaging monthly data from the National Snow and Ice Data Center(link is external), the average annual sea ice extent in the Arctic was approximately 4.01 million square miles. This was the second smallest annual average in the 1979-2017 record, about 90,000 square miles larger than the record small extent that was set in 2016. Record-low Arctic sea ice was observed during the first three months of 2017.

Climate change has not stopped for COVID19
September 28, 2020
Categories