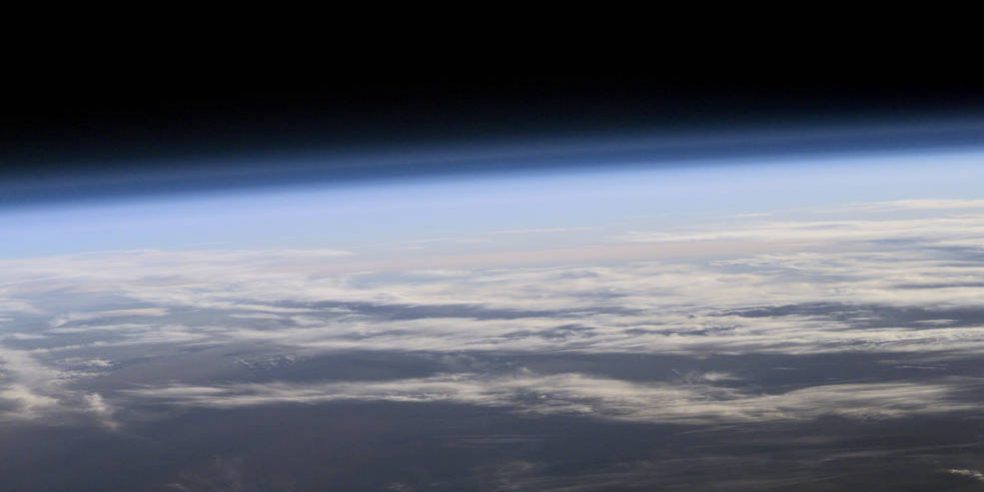 For the first time, scientists have shown through direct satellite observations of the ozone hole that levels of ozone-destroying chlorine are declining, resulting in less ozone depletion.

Measurements show that the decline in chlorine, resulting from an international ban on chlorine-containing man-made chemicals called chlorofluorocarbons (CFCs), has resulted in about 20 percent less ozone depletion during the Antarctic winter than there was in 2005 — the first year that measurements of chlorine and ozone during the Antarctic winter were made by NASA’s Aura satellite.

“We see very clearly that chlorine from CFCs is going down in the ozone hole, and that less ozone depletion is occurring because of it,” said lead author Susan Strahan, an atmospheric scientist from NASA’s Goddard Space Flight Center in Greenbelt, Maryland.

CFCs are long-lived chemical compounds that eventually rise into the stratosphere, where they are broken apart by the Sun’s ultraviolet radiation, releasing chlorine atoms that go on to destroy ozone molecules. Stratospheric ozone protects life on the planet by absorbing potentially harmful ultraviolet radiation that can cause skin cancer and cataracts, suppress immune systems and damage plant life.

Past studies have used statistical analyses of changes in the ozone hole’s size to argue that ozone depletion is decreasing. This study is the first to use measurements of the chemical composition inside the ozone hole to confirm that not only is ozone depletion decreasing, but that the decrease is caused by the decline in CFCs.

The study was published Jan. 4 in the journal Geophysical Research Letters.

The Antarctic ozone hole forms during September in the Southern Hemisphere’s winter as the returning sun’s rays catalyze ozone destruction cycles involving chlorine and bromine that come primarily from CFCs. To determine how ozone and other chemicals have changed year to year, scientists used data from the Microwave Limb Sounder (MLS) aboard the Aura satellite, which has been making measurements continuously around the globe since mid-2004. While many satellite instruments require sunlight to measure atmospheric trace gases, MLS measures microwave emissions and, as a result, can measure trace gases over Antarctica during the key time of year: the dark southern winter, when the stratospheric weather is quiet and temperatures are low and stable.

The change in ozone levels above Antarctica from the beginning to the end of southern winter — early July to mid-September — was computed daily from MLS measurements every year from 2005 to 2016. “During this period, Antarctic temperatures are always very low, so the rate of ozone destruction depends mostly on how much chlorine there is,” Strahan said. “This is when we want to measure ozone loss.”

They found that ozone loss is decreasing, but they needed to know whether a decrease in CFCs was responsible. When ozone destruction is ongoing, chlorine is found in many molecular forms, most of which are not measured. But after chlorine has destroyed nearly all the available ozone, it reacts instead with methane to form hydrochloric acid, a gas measured by MLS. “By around mid-October, all the chlorine compounds are conveniently converted into one gas, so by measuring hydrochloric acid we have a good measurement of the total chlorine,” Strahan said.

The 20 percent decrease in ozone depletion during the winter months from 2005 to 2016 as determined from MLS ozone measurements was expected. “This is very close to what our model predicts we should see for this amount of chlorine decline,” Strahan said. “This gives us confidence that the decrease in ozone depletion through mid-September shown by MLS data is due to declining levels of chlorine coming from CFCs. But we’re not yet seeing a clear decrease in the size of the ozone hole because that’s controlled mainly by temperature after mid-September, which varies a lot from year to year.”

Looking forward, the Antarctic ozone hole should continue to recover gradually as CFCs leave the atmosphere, but complete recovery will take decades. “CFCs have lifetimes from 50 to 100 years, so they linger in the atmosphere for a very long time,” said Anne Douglass, a fellow atmospheric scientist at Goddard and the study’s co-author. “As far as the ozone hole being gone, we’re looking at 2060 or 2080. And even then there might still be a small hole.”

Climate change has not stopped for COVID19
September 28, 2020
Categories