State of the World’s Plants 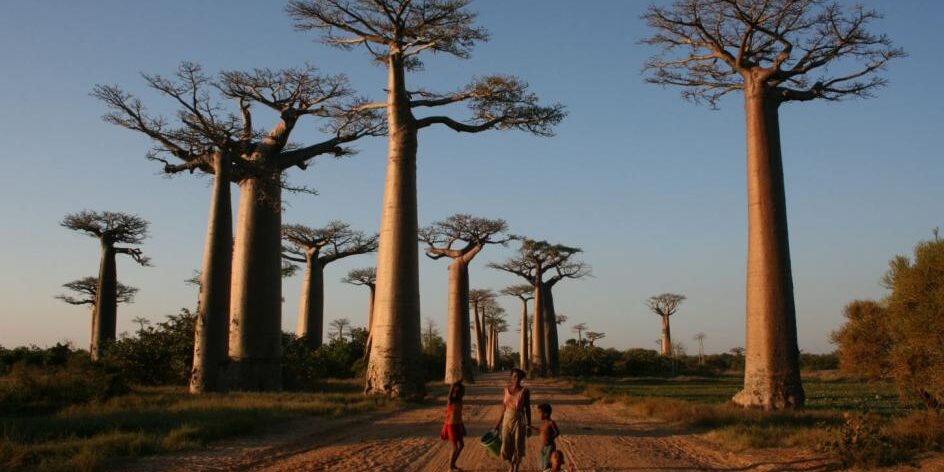 Royal Botanic Gardens Kew’s fourth State of the World’s report takes a deep dive into the state of the world’s plant and fungal kingdoms globally. The new data, the result of a huge and unprecedented international collaboration bringing together 210 scientists from 42 countries, show how we are currently using plants and fungi, what useful properties we are missing, and what we risk losing.

Plants and fungi are the building blocks of life on planet Earth. They have the potential to solve urgent problems that threaten human life, but these vital resources are being compromised by biodiversity loss. The report highlights the pressing need to explore the solutions that plants and fungi could provide, to address some of the pressures facing people and planet.

This landmark report is the first time plants and fungi have been combined in one global State of the World’s assessment, with the underlying data published in a series of scientific research papers made freely available in the leading journal Plants, People, Planet.

2 in 5 plants are now estimated to be threatened

Kew’s 2016 State of the World’s Plants report estimated 1 in 5 plants were at risk but new analyses this year show that extinction risk may be much higher than previously thought, with 39.4% plants estimated to be threatened with extinction. This jump in proportion/percentage is due to more sophisticated conservation assessments and new analytical approaches to correct biases in current data. Accounting for under and over-represented plant groups and geographical areas enabled the scientists to estimate extinction risk more accurately. The new approach used by scientists this year predicted the overall proportion of threatened species to be 39.4%, almost double the 21% of global plant species estimated to be threatened with extinction in 2016.

Authors suggest the best course of action now is to ‘fast track’ risk assessments so key areas can be protected, and species can be conserved without delay. To achieve this, AI (artificial intelligence) could help to identify priorities for conservation assessments.

723 plants we use for medicine are at risk of extinction

The global demand for naturally derived medicines is threatening some species. New data in this year’s report show that of the 5,411 medicinal plants that have been assessed for their conservation status (out of 25,791 documented medicinal plants), 723 (13%) are categorized as threatened. For fungi, only six medicinal species have been assessed, one of which, eburiko (Fomitopsis officinalis), a wood-inhabiting parasitic fungus with antimicrobial properties, has already been pushed to the brink of extinction.

Among these threatened species is Brugmansia sanguinea, a medicinal plant used traditionally for circulatory disorders, which has been listed as ‘extinct in the wild’ by the International Union for Conservation of Nature (IUCN). Other medicinal species at risk of extinction include Nepenthes khasiana, traditionally applied for skin diseases, and the black pepper bark tree (Warburgia salutaris), a traditional medicine for coughs and colds.

It is believed that a rise in the demand for herbal medicines is driven by numerous factors including an increase in prevalence of certain chronic diseases, and the search for new therapies. Worldwide, as many as 4 billion people rely on herbal medicines as their primary source of healthcare, and in China, herbal medicine accounts for about 40% of healthcare services [1].

We are overly dependent on a tiny fraction of plants and fungi for our food and energy, despite the thousands of species out there that have the potential to feed and fuel millions around the world.

New data in this year’s report show there are 7,039 edible plants which hold potential as future foods, yet just 15 plants provide 90% of humanity’s food energy intake, and four billion people rely entirely on three crops – rice, maize and wheat [2]. Relying on a handful of crops to feed the global population has contributed to malnutrition and left us vulnerable to climate change. With the global population anticipated to increase from 7.8 billion to 10 billion by 2050, Kew scientists and collaborators researched which overlooked and underutilized plants could hold the key to future-proofing our food production systems. They identified 7,039 plants listed as ‘human food’ from a Kew dataset of useful plants, of which only 417 (5.9%) are considered as major food crops.

Criteria for the 7k food plants were strict – they had to be: nutritious, to deal with millions of malnourished people across the world, robust enough for a changing climate, at low risk of extinction, and have a history of being used as foods, at least on a local level. Foods of the future larder included: the morama bean, a drought-tolerant South African legume, with seeds that when roasted taste similar to a cashew nut and can be boiled or ground to a powder to make porridge or cocoa-like drink; and a drought-tolerant species of pandan that grows in coastal lowlands from Hawaii to the Philippines and produces a fruit that be can be eaten raw or cooked.

2,500 plants that could provide clean energy for millions worldwide

Meanwhile, for the purpose of producing energy, there are 2,500 identified plants that could be used for fuel or bioenergy, but only six crops – maize, sugarcane, soybean, palm oil, rapeseed and wheat – generate 80% of global industrial biofuel. With 840 million people (mainly in sub-Saharan Africa, Asia and Oceania) having no access to electricity and three billion without access to non-polluting cooking fuels and technology, new bioenergy crops are urgently needed.

Until now, research has focused on a few crop species grown for industrial energy supply chains. In an attempt to address this knowledge gap, Kew and its collaborators carried out an in-depth evaluation of the plants and fungi that could be used as a source of energy, assessing the species with the potential to be scaled-up with innovative technologies.

As renewable sources of bioenergy, plants and fungi have a huge contribution to make to reducing both carbon emissions and energy poverty. Fungi, in particular, have much unexplored potential within the bioenergy sector and are abundant and renewable as a resource. However, rather than helping to reduce greenhouse gases and alleviate energy poverty, some of the methods currently used to produce bioenergy are harming the environment and people.

The team found various bioenergy initiatives that could be implemented at a local level as a solution to energy poverty. One such example is a microenterprise, EcoFuels Kenya, who source more than 3k tons of wild-collected nuts each year. They process the nuts to extract oil to replace diesel in generator engines, while the husks are converted to livestock feed and fertilizer. The authors suggest a combined effort is required to successfully scale up this kind of innovation to provide clean energy for all.

The foods, medicines and timber new to science in 2019

This years’ report is the first time a synthesis of new species to science has been compiled for both plants and fungi. The authors found that 1,942 plants and 1,886 fungi were named as new to science in 2019. Among these exciting discoveries are species that might be valuable as foods, drinks, medicines or fibers.

[1] Ekor, M. (2013). The growing use of herbal medicines: Issues relating to adverse reactions and challenges in monitoring safety. Frontiers in Pharmacology, 4, 177.

[2] FAO (Food and Agriculture Organization of the United Nations)