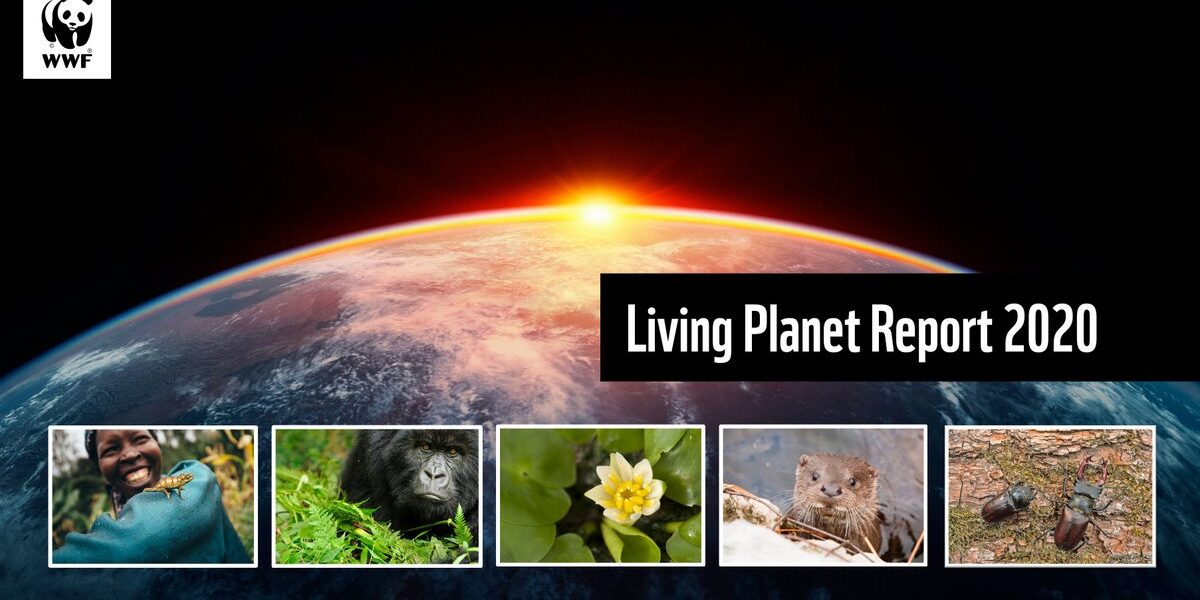 Global populations of mammals, birds, amphibians, reptiles and fish have suffered an average two-thirds decline in less than half a century due in large part to the very same environmental destruction which is contributing to the emergence of zoonotic diseases such as COVID-19, according to WWF’s Living Planet Report 2020, released today.

The Living Planet Index (LPI), provided by the Zoological Society of London (ZSL), shows that factors believed to increase the planet’s vulnerability to pandemics – including land-use change and the use and trade of wildlife – were also some of the drivers behind the 68 per cent average decline in global vertebrate species populations between 1970 and 2016.

“The Living Planet Report 2020 underlines how humanity’s increasing destruction of nature is having catastrophic impacts not only on wildlife populations but also on human health and all aspects of our lives,” said Marco Lambertini, Director General, WWF International.

“We can’t ignore the evidence – these serious declines in wildlife species populations are an indicator that nature is unravelling and that our planet is flashing red warning signs of systems failure. From the fish in our oceans and rivers to bees which play a crucial role in our agricultural production, the decline of wildlife affects directly nutrition, food security and the livelihoods of billions of people.”

He added: “In the midst of a global pandemic, it is now more important than ever to take unprecedented and coordinated global action to halt and start to reverse the loss of biodiversity and wildlife populations across the globe by the end of the decade, and protect our future health and livelihoods. Our own survival increasingly depends on it.”

The Living Planet Report 2020 presents a comprehensive overview of the state of our natural world through the LPI, which tracks trends in global wildlife abundance, and contributions from more than 125 experts from around the world. It shows that the main cause of the dramatic decline in species populations on land observed in the LPI is habitat loss and degradation, including deforestation, driven by how we as humanity produce food.

Endangered species captured in the LPI include the eastern lowland gorilla, whose numbers in the Kahuzi-Biega National Park, Democratic Republic of Congo have seen an estimated 87 per cent decline between 1994 and 2015 mostly due to illegal hunting, and the African grey parrot in southwest Ghana, whose numbers fell by up to 99 per cent between 1992 and 2014 due to threats posed by trapping for the wild bird trade and habitat loss.

The LPI, which tracked almost 21,000 populations of more than 4,000 vertebrate species between 1970 and 2016, also shows that wildlife populations found in freshwater habitats have suffered a decline of 84 per cent – the starkest average population decline in any biome, equivalent to 4 per cent per year since 1970. One example is the spawning population of the Chinese sturgeon in China’s Yangtze river, which declined by 97 per cent between 1982 and 2015 due to the damming of the waterway.

“The Living Planet Index is one of the most comprehensive measures of global biodiversity,” said Dr Andrew Terry, ZSL’s Director of Conservation. “An average decline of 68% in the past 50 years is catastrophic, and clear evidence of the damage human activity is doing to the natural world. If nothing changes, populations will undoubtedly continue to fall, driving wildlife to extinction and threatening the integrity of the ecosystems on which we all depend. But we also know that conservation works and species can be brought back from the brink. With commitment, investment and expertise, these trends can be reversed.”

The LPR 2020 also includes pioneering modelling which shows that without further efforts to counteract habitat loss and degradation, global biodiversity will continue to decline. Based on a paper, ‘Bending the curve of terrestrial biodiversity needs an integrated strategy,’ co-authored by WWF and more than 40 NGOs and academic institutions and published today in Nature, the modelling makes clear that stabilizing and reversing the loss of nature caused by humans’ destruction of natural habitats will only be possible if bolder, more ambitious conservation efforts are embraced and transformational changes made to the way we produce and consume food. Changes needed include making food production and trade more efficient and ecologically sustainable, reducing waste, and favouring healthier and more environmentally-friendly diets.

The research shows that implementing these measures together rather than in isolation will allow the world to more rapidly alleviate pressures on wildlife habitats, thereby reversing biodiversity trends from habitat loss decades earlier than strategies that allow habitat losses and then attempt to reverse them later on.The modelling also indicates that if the world carries on with “business as usual”, rates of biodiversity loss seen since 1970 will continue over the coming years.

“These losses would at best take decades to reverse, and further irreversible biodiversity losses are likely, putting at risk the myriad ecosystem services that people depend on,” said David Leclère, lead author of the paper and Research Scholar at the International Institute of Applied System Analysis.

The Living Planet Report 2020 launches less than a week before the 75th session of the United Nations General Assembly, when leaders are due to set the direction for The Future We Want, including with a focus on protecting our planet. A special Summit on Biodiversity, due to take place on 30 September, will bring together world leaders, businesses and civil society to highlight the urgent need for action on nature at the highest level. It marks a critical opportunity for leaders to demonstrate ambition and accelerate biodiversity action for sustainable development.

With a new global biodiversity agreement scheduled to be negotiated next year, alongside increased climate action, the world has the opportunity to secure a New Deal for Nature and People that sets nature on the path to recovery by 2030 and secures a sustainable future for people and the planet.

Lambertini said: “The Bending the Curve modelling provides invaluable evidence that if we are to have any hope of restoring nature to provide current and future generations of people with what they need, then world leaders must – in addition to conservation efforts – make our food system more sustainable and take deforestation – one of the main causes of wildlife population decline – out of supply chains.

“With leaders gathering virtually for the UN General Assembly in a few days’ time, this research can help us secure a New Deal for Nature and People which will be key to the long-term survival of wildlife, plant and insect populations and the whole of nature, including humankind. A New Deal has never been needed more.”

Supporters are invited to add their names to WWF’s petition which can be found at: panda.org/pandemics and help call on world leaders to implement policy frameworks and action plans that implement a ‘One Health’ approach which ensures they are doing all they can to protect us from future pandemics.