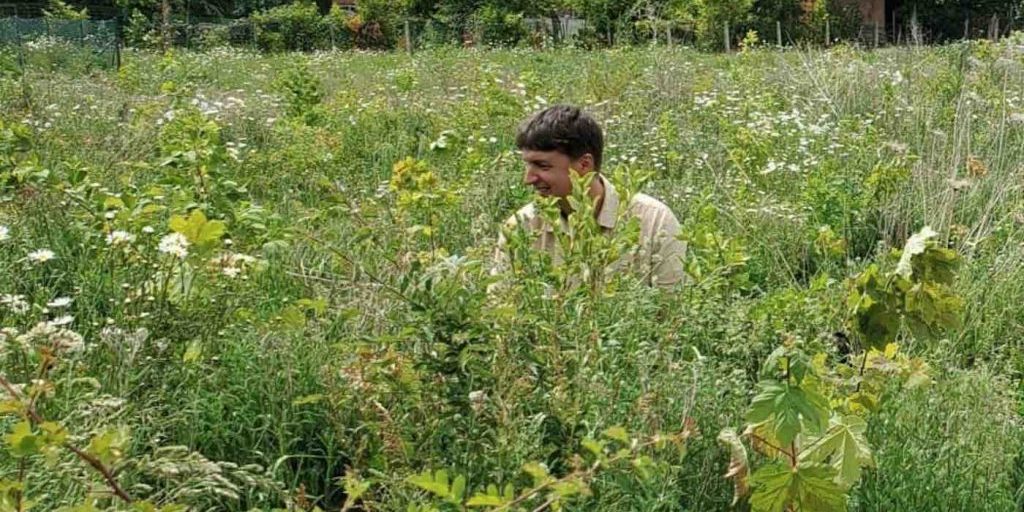 • Miniature urban forests planted using a method invented by a Japanese botanist in the 1970s are growing in popularity.

• Dense copses bursting with biodiversity can thrive in areas the size of a tennis court.

How much space do you think you need to grow a forest?

If your answer is bigger than a couple of tennis courts, think again. Miniature forests are springing up on patches of land in urban areas around the world, often planted by local community groups using a method inspired by Japanese temples.

The idea is simple – take brownfield sites, plant them densely with a wide variety of native seedlings, and let them grow with minimal intervention. The result, according to the method’s proponents, is complex ecosystems perfectly suited to local conditions that improve biodiversity, grow quickly and absorb more CO2.

The method is based on the work of Japanese botanist Akira Miyawaki. He found that protected areas around temples, shrines and cemeteries in Japan contained a huge variety of native vegetation that co-existed to produce resilient and diverse ecosystems. This contrasted with the conifer forests – non-indigenous trees grown for timber – that dominated the landscape.

His work developed into the Miyawaki method – an approach that prioritizes the natural development of forests using native species. Miyawaki forests can grow into mature ecosystems in just 20 years – astonishingly fast when compared to the 200 years it can take a forest to regenerate on its own. They act as oases for biodiversity, supporting up to 20 times as many species as non-native, managed forests.

Local pollinators such as butterflies and bees, beetles, snails and amphibians are among the animals that thrive with a greater diversity of food and shelter.

The popularity of Miyawaki forests is growing, with initiatives in India, the Amazon, and Europe. Projects like Urban Forests in Belgium and France, and Tiny Forest in the Netherlands, are bringing together volunteers to transform small patches of wasteland.

But it is the potential for helping to combat climate change that makes Miyawaki forests a particularly attractive option for many environmentalists. Reforestation is a key part of strategies to limit the rise in global temperatures to 1.5℃, with initiatives like the Bonn Challenge, Trillion Trees Vision and the World Economic Forum’s 1t.org project setting ambitious targets.

It’s estimated that new or restored forests could remove up to 10 gigatons of CO2 equivalent by 2050.

However, not all forests are equally effective in sequestering carbon. Mature forests of native trees soak up much more CO2 than the monoculture plantations that make up many reforestation projects. As scientists learn more about the role of other factors, such as carbon in the soil, it is increasingly clear that planting the right kind of trees matters as much as the number.

Conservation groups stress that Miyawaki forests should not be seen as an alternative to protecting existing native forests. Small, unconnected wooded areas can never replace the large tracts of forest that are vital to so many species, and that remain under threat from commercial plantations and slash-and-burn farming. But if you have a patch of wasteland in your local community that is sitting idle, a Miyawaki forest could be one way of doing your bit to help the environment.