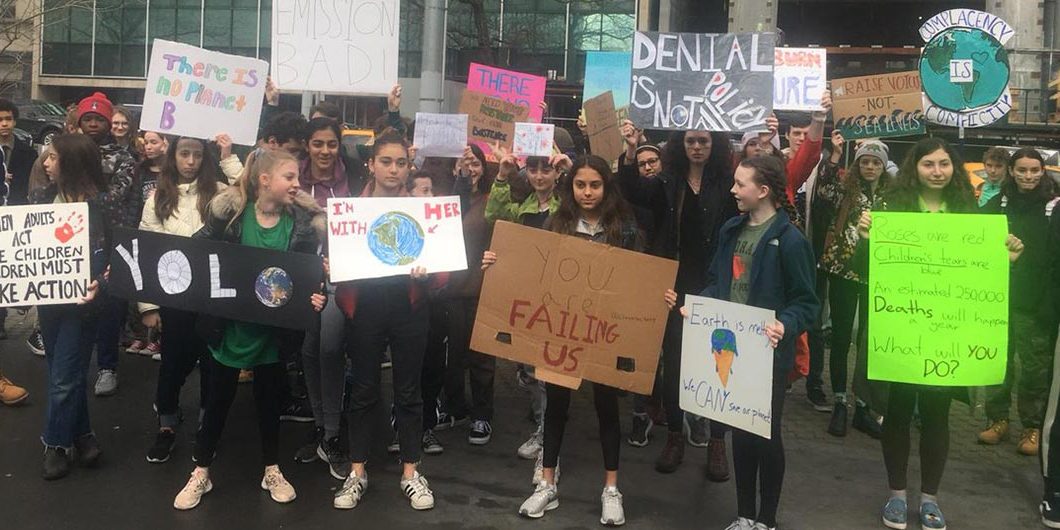 Sixteen children, including Greta Thunberg, are urging a UN committee to admit their claim against five big-emitting countries, arguing that the governments are legally obliged to protect them from direct, imminent and foreseeable risk to their health and well-being.

The children’s filing with the UN Committee on the Rights of the Child, submitted by the law firm Hausfeld and nonprofit environmental public interest law organization Earthjustice on May 4, is a follow-up to the legal complaint they lodged in September 2019 against Argentina, Brazil, France, Germany and Turkey. They accuse the five countries of breaching their obligations under the international Convention on the Rights of Child by promoting fossil fuels and failing to curb greenhouse gas emissions for decades — despite knowing about the risks of climate change.

Brazil, France and Germany replied to the petition, saying it was not admissible on three grounds:

They also claimed — falsely — that the climate crisis is so global that no state bears any responsibility, so universally dangerous that no child has standing to complain, and so complex that it is up to governments to resolve within their own borders.

The children’s response this week counters that these objections are baseless, and that the countries should be judged for their conduct rather than words.

No state acting in the best interest of the child would impose the devastating burden of weak climate policies on young and future generations the way these five countries have done, they say.

Brazil, France and Germany are failing to do their share in meeting the 2015 Paris Agreement’s more ambitious goal, to limit global warming to 1.5°C, despite the scientific consensus demonstrating that this pathway is the minimum necessary to prevent irreversible threats to human rights. They’re also taking measures to accelerate rather than mitigate climate change, such as subsidizing fossil fuels. By delaying decarbonization, they are failing to prioritize the best interests of the child, the petitioners say.

Children are among the most vulnerable to the effects of climate change because, as the Lancet Countdown states, they face increased death and disease from it.

The delay in limiting global warming by Argentina, Brazil, France, Germany and Turkey imposes irreversible costs on young and future generations, the children say, as scientists warn that it will be impossible to make up for lost time if substantial emissions reductions are further delayed.

The children’s response also set out three reasons why their petition is admissible in the Committee on the Rights of the Child:

1) The children are directly and foreseeably injured by the greenhouse gases emitted from the five countries, which are obliged to protect them under the Convention on the Rights of the Child.

2) The petitioners can establish the basic scientific facts proving that they are injured by climate change and that the countries are contributing to this harm.

3) It would be “futile” to argue this case in separate domestic lawsuits because it would not provide the type of far-reaching international relief needed to reverse climate change.

Argentina, Brazil, France, Germany and Turkey are the biggest climate polluters out of the 46 countries that have adopted an optional protocol to the Convention on the Rights of the Child, which allows for this communication.

The children’s petition calls on the five countries to immediately take binding, international, cooperative and coordinated action to limit global warming in line with the scientific recommendation of 1.5°C. It draws on expert analysis and personal stories to show how the effects of climate change — such as hurricanes, droughts, sea-level rise and the collapse of food systems — have violated, and will violate, each petitioner’s human rights by threatening their physical survival, impairing their physical and psychological development and harming their health.

The petitioners are between the ages of 8 and 17 and come from Argentina, Brazil, France, Germany, India, Palau, the Marshall Islands, Nigeria, South Africa, Sweden, Tunisia and the United States. They include Swedish climate activist Greta Thunberg, who sparked the global youth climate movement in 2018, and Alexandria Villaseñor, who was inspired by Greta and co-founded the U.S. Youth Climate Strike.

Emissions from all five countries are on track for more than 3°C of warming.

For further information or to arrange interviews, please contact:

This material is distributed by Hausfeld LLP on behalf of Environmental Youth Activists. Additional information is available at the Department of Justice, Washington, DC.