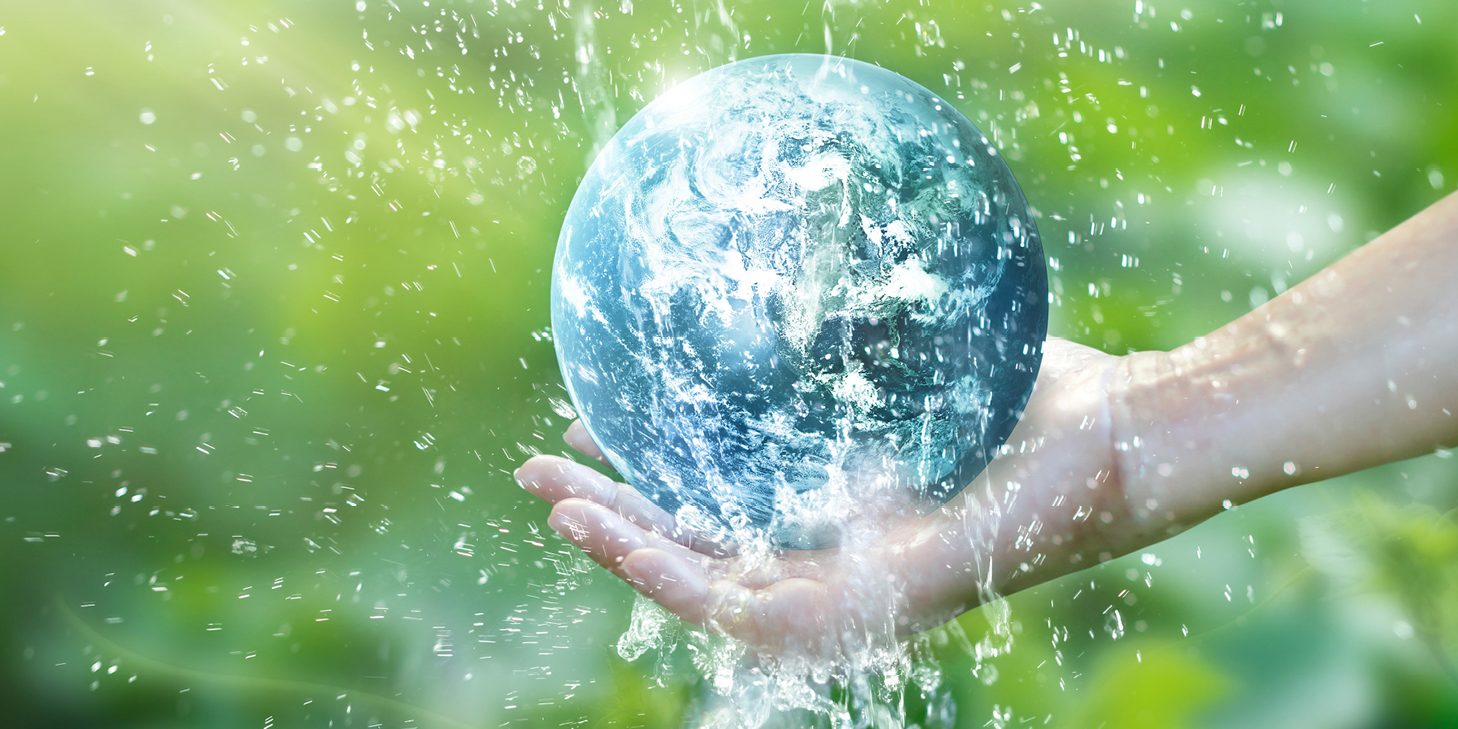 Climate change will affect the availability, quality and quantity of water needed for basic human needs, thus undermining enjoyment of the basic rights to safe drinking water and sanitation for billions of people, warns the latest UN World Water Development Report. The authors call on States to make more concrete commitments to address the challenge.

Such a deterioration of the situation would only hinder achievement of Sustainable Development Goal 6 which is part of the 2030 Agenda for Sustainable Development, according to which access to safe drinking water and sanitation must be guaranteed for all within ten years. This will be a considerable challenge – 2.2 billion people currently do not have access to safely managed drinking water, and 4.2 billion, or 55% of the world’s population, are without safely managed sanitation.

Water use has increased sixfold over the past century and is rising by about 1% a year. However, it is estimated that climate change, along with the increasing frequency and intensity of extreme events – storms, floods and droughts, will aggravate the situation in countries already currently experiencing ‘water stress’ and generate similar problems in areas that have not been severely affected. Furthermore, the report highlights the fact that poor water management tends to exacerbate the impacts of climate change, not only on water resources but on society as a whole.

The Director-General of UNESCO, Audrey Azoulay, stresses “that water does not need to be a problem – it can be part of the solution. Water can support efforts to both mitigate and adapt to climate change.”
The Chair of UN-Water, and President of the International Fund for Agricultural Development (IFAD), Gilbert F. Houngbo, says : “If we are serious about limiting global temperature increases to below 2°C and achieving the Sustainable Development Goals by 2030, we must act immediately. There are solutions for managing water and climate in a more coordinated manner and every sector of society has a role to play. We simply cannot afford to wait.”

Indeed, water quality will be affected by increased water temperatures and a decrease in dissolved oxygen, leading to a reduction in the self-purification capacity of freshwater basins. We will see increased risks of water pollution and pathogen contamination caused by floods or higher concentrations of pollutants during periods of drought. In addition to the impact on food production, the effects on physical and mental health – linked to disease, injury, financial loss and the displacement of people – are therefore likely to be considerable.

Many ecosystems, particularly forests and wetlands, are also under threat, reducing biodiversity. Water supplies will be affected, not only for agriculture – which accounts for 69% of freshwater withdrawals – but also for industry, energy production and even fisheries.

Areas most at risk: archipelagos, mountains, tropics and Far North

Much of the impact of climate change on water resources will be manifested in the tropics, where most developing countries are located, with potentially apocalyptic consequences for small island states, some of which could be wiped off the map. Mountainous areas are also exceptionally vulnerable through impacts on mountain glaciers and snowcaps, which show a decreasing trend almost everywhere in the world. The authors recognize, however, that a number of uncertainties remain, particularly at the local level and due to the seasonal variability of rainfall patterns.

In the face of these threats, the report highlights the two complementary strategies to be implemented – adaptation and mitigation:

• Adaptation encompasses a combination of natural, technical and technological options, as well as social and institutional measures to mitigate damage and exploit the few positive consequences of climate change. It is likely to have very rapid benefits, mainly at the local level.

• Mitigation consists of the human actions needed to reduce greenhouse gases (GHGs) emissions while exploiting carbon sinks to reduce the amount of CO2 and other GHGs in the atmosphere. It can involve large geographical areas, but with gains that may spread over decades. However, the possibilities for mitigation in water management remain largely unrecognized.

Wastewater treatment also contributes to climate change as it generates GHGs, accounting for an estimated 3% to 7% of all emissions. These emissions arise from both the energy required for wastewater treatment and the biochemical processes used. But because of the decomposition of the organic matter it contains, untreated wastewater is also a major source of methane, a powerful greenhouse gas. The report points out that wastewater harbours more energy than is needed for its treatment, provided, of course, that it is harnessed. It is estimated that worldwide, between 80% and 90% of wastewater is discharged to the environment without any form of treatment.

In concrete terms, the optimal management of water resources means investing in modern treatment techniques that allow for the extraction of methane from organic matter and then use this biogas to generate the energy needed to run the process, as is already done in water-scarce countries such as Jordan, Mexico, Peru and Thailand. These techniques have enabled the public utilities concerned to reduce emissions by thousands of tonnes of CO2, while making financial savings and improving the quality of the service.

The report also mentions innovative water management interventions such as fog capture, or more traditional ones such as wetland protection, as well as proven ‘conservation agriculture’ techniques. These make it possible to preserve soil structure, organic matter and moisture, despite lower rainfall. Similarly, the ‘reuse’ of partially treated wastewater for agriculture and industry, without necessarily making it safe to drink, is another interesting approach.

Unfortunately, note the authors, while the need to combat climate change through better management of the water cycle is well recognized, it is not being translated into reality. “The word ‘water’ rarely appears in international climate agreements,” observes Audrey Azoulay. The ‘nationally determined contributions’ submitted by States under the Paris Agreement remain general in nature, without proposing specific plans for water. While a majority of countries recognize water in their ‘portfolio of actions’, few of them have actually calculated the costs of these actions and even fewer have put forward specific projects. Meanwhile, the possibilities for synergies between adaptation and mitigation measures are often neglected.

The question of finance is obviously crucial. The authors point out that water resources management and water supply and sanitation services are underfunded and require greater attention from States. They argue that there are increasing opportunities to systematically integrate adaptation and mitigation planning into water-related investments, in order to make them more attractive to donors.

A good example of this is a Green Climate Fund project in Sri Lanka. This aims to improve irrigation systems in vulnerable village communities and promote climate-smart agricultural practices in three river basins, offering both climate adaptation and mitigation benefits, while conserving water and protecting drinking water sources.

The adoption of integrated adaptation and mitigation measures is a win-win proposition, conclude the authors of the report. They are clearly beneficial for the sustainable management of water resources and for the human right to safe drinking water and sanitation. They also directly address the causes and consequences of climate change, including in terms of the response to extreme weather events. Finally, they contribute to the achievement of several of the Sustainable Development Goals.

The United Nations World Water Development Report is UN-Water’s flagship report on water and sanitation issues, focusing on a different theme each year. The report is published by UNESCO, on behalf of UN-Water and its production is coordinated by the UNESCO World Water Assessment Programme. Launched in conjunction with World Water Day, the report provides decision-makers with knowledge and tools to formulate and implement sustainable water policies.