State of the Earth 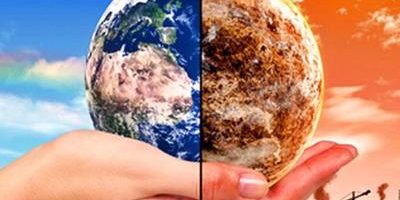 
Earth Day Network is working in collaboration with the nonpartisan civic initiative, USAFacts, to share and disseminate USAFacts’ newly published State of the Earth special report.

Using data sourced from the Environmental Protection Agency, FEMA, the US National Park Service, USDA Forest Service Forest/Wildlife, the Energy Information Administration, and other government entities, the State of the Earth report delivers to all citizens information that is publicly available but rarely seen, analyzed and understood.


How do energy and emissions in the United States compare to the rest of the world?

Forty-two percent of US renewable and nuclear energy consumption is from nuclear sources, followed by 25% from biomass like wood and biofuels.

In 2017, the US ranked 5th among the world’s 10 largest economies for its proportion of energy consumption coming from renewable and nuclear energy.

New Hampshire and Washington State lead the country in renewable and nuclear energy consumption as of 2017, with this energy making up 53% and 50% of consumption, respectively. The median state, Virginia, consumes 21%.

The US emitted 5.1 billion metric tons of carbon dioxide in 2017, making up 14% of the world’s emissions that year.

Transportation is the largest source of US emissions, surpassing electricity generation in 2017.

The US emitted 15.8 tons of carbon dioxide per person in 2017, ranking 2nd among the world’s top 10 gross emitters.


What is the state of our environment and climate?

California had a greater drop in average annual precipitation over the past century compared to any other state.


How has air quality changed across the United States since 1980?

On average, air quality is improving in the United States. However, improvement or decline depends on location.

The Air Quality Index (AQI) is a value that measures the concentration of five key air pollutants regulated under the Clean Air Act. The scale values are divided into six categories which indicate varying degrees of health concern: Good, Moderate, Unhealthy for Sensitive Groups, Unhealthy, Very Unhealthy, and Hazardous. Higher AQI values are worse and lower ones are better—and “good” air quality is defined as having an air quality index level between 0 and 50.

In general, air quality is expected to be worse in more populated areas due to several factors including emissions from vehicles.


What does the government do to manage our environment?

There are 718 animal species currently listed as threatened or endangered, including 167 types of fish, 99 birds, and 94 mammals.

The federal government collected $12 billion in revenue from energy and mineral extraction on federal lands and waters in FY 2019, a 15% decrease from 2010, adjusting for inflation.

There were 327 million visits to land managed by the National Park Service (including national parks, historical sites, and national monuments) in 2019.

The Great Smoky Mountains National Park has been the most visited National Park for every year since 1979. In 2019, it received 12.5 million visits, accounting for 14% of National Park System visits that year.

The federal government spent $37.9 billion in 2019, or 0.8% of all federal expenditures, on the environment and natural resources (not including spending on renewable energy).

State and local governments most recently spent $63.8 billion on the environment and natural resources, $33.3 billion of which went to local parks and recreation services (net of fees collected).