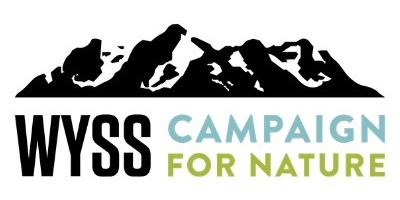 The United Nations Convention on Biological Diversity has released its ‘zero draft’ text proposal for a post-2020 global biodiversity framework. Featured in the text is a target to protect at least 30% of the planet — land and sea — by 2030.

The draft text is a proposed framing for a 10-year strategy to halt and reverse species decline, and restore ecosystem services that are critical to humanity’s survival. It is anticipated that a final text will be adopted by governments at the 15th Conference of the Parties in October 2020 in Kunming, China.

The Campaign for Nature has issued the following responses:

“This is an incredibly important year to address the crisis facing nature and climate. They are two sides of the same coin and we must address both crises aggressively, across all sectors, and with a sense of purpose.”

“We welcome the Zero Draft of the Post-2020 Global Biodiversity Framework as a starting place to have meaningful discussion. We are pleased to see the inclusion of conserving at least 30% of land and sea by 2030, while retaining all intact ecosystems and a strong linkage to nature-based climate mitigation.”

“Governments must push for bold and urgent action and adopt a Global Deal for Nature and People protecting at least 30% as a global target at the CBD COP15 in Kunming and include land and ocean protection as part of the commitments to nature-based climate solutions in the United Nations Framework Convention on Climate Change.”

Enric Sala, Explorer in Residence at National Geographic, and co-author of the Global Deal for Nature that recommends 30 percent of Earth to be formally protected and an additional 20 percent designated as climate stabilization areas, responded:

“If adopted, this target could achieve what our children have been calling on governments to do — listen to the science. If we are to stay below 1.5°C, prevent the extinction of one million species and the collapse of our life support system, we need to protect our intact wilderness, and ensure at least 30% of our land and oceans are protected by 2030. But this is the floor, not the ceiling. Now every government on earth must get behind this bold mission and drive through a global agreement for nature this year.”

“Leading scientists, hundreds of organizations, and millions of people around the world have called on nations to come together and commit to protecting at least 30 percent of the planet by 2030. Today’s draft shows that countries are listening and that they recognize the increasingly important role that protecting land and water must play in confronting climate change, preventing wildlife extinctions, and supporting people and local communities. This is a very encouraging first step. Much work remains to be done in the coming months to ensure that the rights of indigenous people are advanced, and bold conservation and finance targets are included in the final agreement.”

“The Campaign for Nature is pleased the 30 percent target is in the document, however, the campaign is concerned the text does not include the key concepts of management effectiveness, or equity, which is critical to effective protection and conservation.”

“The International Indigenous Forum on Biodiversity (IIFB) has explicitly requested that Indigenous Peoples and Local Community priorities be included in all aspects of the post-2020 framework. The Campaign for Nature would encourage governments to be responsive to their request.”

“The target language in the zero draft regarding protected areas is confusing and needs clarification. The text proposes to, “Protect sites of particular importance for biodiversity through protected areas and other effective area-based conservation measures, covering at least [60%] of such sites and at least [30%] of land and sea areas with at least [10%] under strict protection.” To only “strictly protect” 10 percent of the planet’s lands and seas raises flags as to what protection means for the remaining 20 percent – and whether or not those protections are sufficient to safeguard lands, waters, and wildlife.”

“The zero draft is a good start. Now begins the crucial work of refinement to streamline and clarify all the ideas put forward.”

For Campaign for Nature interview requests and quotes, please contact:

The Campaign for Nature is a global effort to raise awareness of the threats facing our natural world and inspire world leaders to take action to protect it. Launched in October 2018, the Wyss Campaign for Nature, the National Geographic Society and a growing coalition of conservation advocates are calling on policymakers to commit to clear and ambitious targets at the Convention on Biological Diversity’s Conference of the Parties in October 2020 to protect at least 30 percent of the planet by 2030.