Air pollution can accelerate lung disease as much as cigarettes 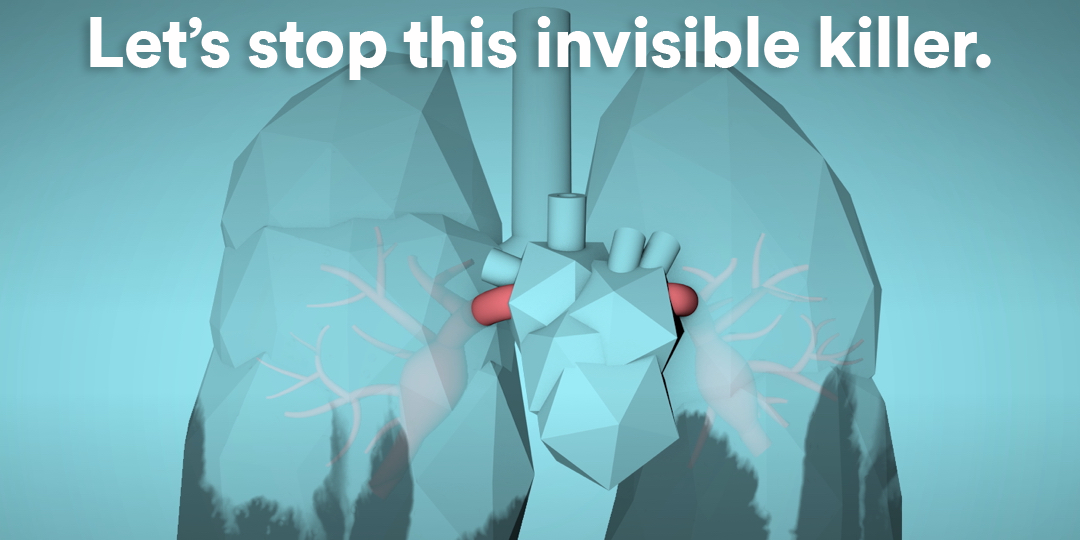 While previous studies have shown a clear connection of air pollutants with some heart and lung diseases, the new research published Aug. 13 in JAMA demonstrates an association between long-term exposure to all major air pollutants—especially ozone—with an increase in emphysema seen on lung scans. Emphysema is a condition in which destruction of lung tissue leads to wheezing, coughing and shortness of breath, and increases the risk of death.

“We were surprised to see how strong air pollution’s impact was on the progression of emphysema on lung scans, in the same league as the effects of cigarette smoking, which is by far the best-known cause of emphysema,” said the study’s senior co-author, Dr. Joel Kaufman, UW professor of environmental and occupational health sciences and epidemiology in the School of Public Health.

In fact, the researchers found, if the ambient ozone level was 3 parts per billion higher where you live compared to another location over 10 years, that was associated with an increase in emphysema roughly the equivalent of smoking a pack of cigarettes a day for 29 years. And the study determined that ozone levels in some major U.S. cities are increasing by that amount, due in part to climate change. The annual averages of ozone levels in study areas were between about 10 and 25 ppb.

“Rates of chronic lung disease in this country are going up and increasingly it is recognized that this disease occurs in nonsmokers,” said Kaufman, also a professor of internal medicine and a physician at UW School of Medicine. “We really need to understand what’s causing chronic lung disease, and it appears that air pollution exposures that are common and hard to avoid might be a major contributor.”

The results are based on an extensive, 18-year study involving more than 7,000 people and a detailed examination of the air pollution they encountered between 2000 and 2018 in six metropolitan regions across the U.S.: Chicago, Winston-Salem, N.C., Baltimore, Los Angeles, St. Paul, Minnesota, and New York. The participants were drawn from the Multi-Ethnic Study of Atherosclerosis (MESA) Air and Lung studies.

“To our knowledge, this is the first longitudinal study to assess the association between long-term exposure to air pollutants and progression of percent emphysema in a large, community-based, multi-ethnic cohort,” said first author Meng Wang, an assistant professor of epidemiology and environmental health at the University at Buffalo who conducted the research as a postdoctoral researcher at the UW.

The authors developed novel and accurate exposure assessment methods for air pollution levels at the homes of study participants, collecting detailed measurement of exposures over years in these metropolitan regions, and measurements at the homes of many of the participants. This work in the MESA Air study was led at the University of Washington. While most of the airborne pollutants are in decline because of successful efforts to reduce them, ozone has been increasing, the study found. Ground-level ozone is mostly produced when ultraviolet light reacts with pollutants from fossil fuels.

“This is a big study with state-of-the-art analysis of more than 15,000 CT scans repeated on thousands of people over as long as 18 years. These findings matter since ground-level ozone levels are rising, and the amount of emphysema on CT scans predicts hospitalization from and deaths due to chronic lung disease,” said Dr. R. Graham Barr, professor of medicine and epidemiology at Columbia University who led the MESA Lung study and is a senior author of the paper.

“As temperatures rise with climate change,” Barr explained, “ground-level ozone will continue to increase unless steps are taken to reduce this pollutant. But it’s not clear what level of the air pollutants, if any, is safe for human health.”

Emphysema was measured from CT scans that identify holes in the small air sacs of the participants’ lungs, and lung function tests, which measure the speed and amount of air breathed in and out.

“This study adds to growing evidence of a link between air pollution and emphysema. A better understanding of the impact of pollutants on the lung could lead to more effective ways of preventing and treating this devastating disease,” said James Kiley, director of the Division of Lung Diseases at the National Heart, Lung, and Blood Institute, part of the National Institutes of Health.

“It’s important that we continue to explore factors that impact emphysema,” Kiley added, “particularly in a large, well-characterized multi-ethnic group of adults such as those represented by MESA.”

By: University of Washington