Meet six environmentalists who are changing the world 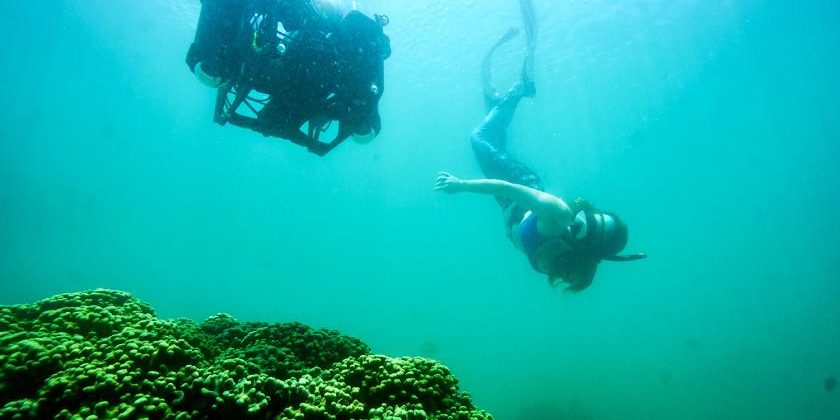 The application portal for the Young Champions of the Earth prize, is open. We present you with the story of six environmentalists who are already making waves and changing the world.

We hope these stories will inspire and motivate you to apply. Find out if you have what it takes to be a Young Champion in 2019. The application portal will close on Sunday 31 March at midnight East African Time.

Twenty-one-year-old adventurer, wildlife presenter, filmmaker and conservationist, Malaika Vaz has no shortage of inspiration fuelling her love for the outdoors. She believes that her generation is in a unique predicament: while being the first to experience the devastating impact of climate change and the loss of biodiversity, she also believes that hers may be the last generation with the power to turn things around.

She is certainly wasting no time. Over the last couple of years, Vaz has been investigating the illegal trade in manta rays across Southeast Asia—tracking the pipeline from the Indo-Burmese border to the wildlife markets of Guangzhou, China. As a television host and science communicator, she has most recently presented an eight-part television series on lesser-known and endangered species titled ‘On the Brink’, on Discovery Channel and Animal Planet in India.

Hans Cosmas Ngoteya is a Tanzanian conservationist and a co-founder of the non-governmental organization Landscape and Conservation Mentors. Growing up in the foothills of Kilimanjaro, surrounded by the vast plains of the Serengeti, he always had a passion for wildlife.

Initially, he aspired to be a tour guide or ranger, but later realized that there are more opportunities in conservation. He became eager to share his passion with his countrymen and feels that it is everyone’s responsibility to protect our environment and wildlife—not just the rangers’. He is now an ambassador for the sustainable use of natural resources for the benefit of all. His combination of research and conservation is creating awareness on the sustainable use of natural resources, helping communities coexist with wildlife and encouraging them to engage in sustainable environmental practices.

Bertie Gregory is a 25-year-old wildlife filmmaker, photographer and presenter. He has filmed the urban leopards of Mumbai, elusive coastal wolves of Vancouver Island, and penguins on the Antarctic island of South Georgia. After he started winning photography competitions, he began conducting his own field expeditions as a teenager. His interest in wildlife began when he was “knee-high to a grasshopper”, fuelled by family trips to the English coast that sparked his passion for nature.

Wildlife photography and filmmaking often require hours of sitting and waiting, says Gregory. But it is not patience that keeps him there! By sitting and waiting, he may get to document an animal behaviour that no one has seen before. Through his work, Gregory aims to raise awareness for the conservation of the species he documents.

Over the last ten years, Alyssa Adler has been fortunate to work as an underwater videographer in our world’s most remote corners. From Antarctica to the high Arctic, what strikes her most is the man-made leftovers she almost certainly finds on the ocean floor.

Even the seafloor of Antarctica holds debris like glass liquor bottles, a reminder of the whaling era, for example. In many regions of our planet, it’s much worse, with visible plastic waste from the sea surface to the deep blue. According to Adler, it is important for young scientists and entrepreneurs to step up and employ their creative minds to make conservation a priority, not just an option.

David Lama is a 28-year-old Austrian sport climber and mountaineer. Lama says his alpinism gives him conviction of his personal goals. Through his expeditions to the world’s rooftops, he experiences the most dramatic and threatening consequences of climate change first-hand.

In October 2018, he was the first person to reach the summit of Lunag Ri which was, prior to that, the highest unclimbed mountain in Nepal. Lama’s quest for the peak began in 2015 and involved three extremely dangerous expeditions. He eventually completed the climb solo.

Antonella Wilby is a robotics engineer, conservationist and passionate explorer, who builds robots to explore extreme environments. Wilby is fascinated by the unexplored, and has decided to focus her career on ocean robotics because of the unlimited potential for scientific discovery in uncharted waters.

Wilby believes that robotics can transform the way we explore the most inaccessible ocean environments, putting “eyes” in places humans have never been, and extending our scientific knowledge and understanding of the blue planet. Autonomous robots allow us to scale up the data we collect on a global scale, providing an invaluable tool to solve critical environmental challenges in our oceans.