What are we doing about getting rid of all the plastic floating in the ocean? 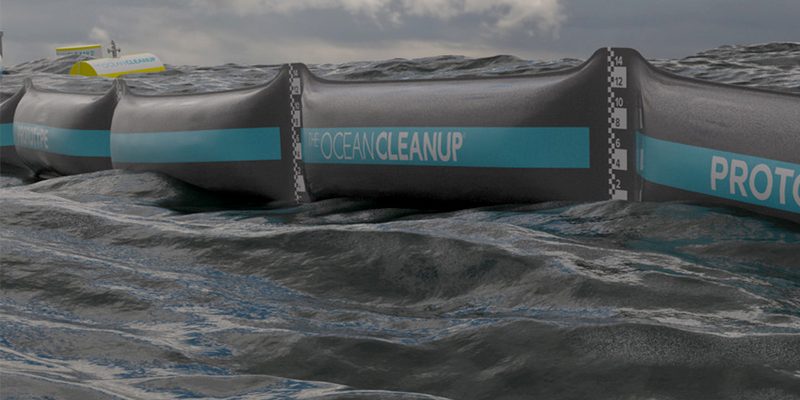 Plastic in the ocean is a big problem that first came to widespread public attention in the late 1980s when mariners began sharing reports of what turned out to be a 1.6 million square kilometer garbage patch (that’s about three times the size of France) floating in the middle of the North Pacific about halfway between Hawaii and California.

When this news broke, researchers started looking deeper into the problem, and found that perhaps even more troubling than plastic chunks and pieces floating on the surface that you could see with the naked eye was the fact that even more plastic had broken down into tiny particles that would sink in the water column and get eaten by marine wildlife, in turn getting passed up the food chain, in some cases right onto our own dinner plates.

While reducing the amount of plastic that ends up in the ocean is more up to the individual than most environmental challenges—we can just stop buying and using plastic—it may be easier said than done. Plastic is a miraculous material that has made many consumer and industrial products easier to fabricate and afford. The result has been a huge quality of life improvement for billions of us on the planet.

Governmental efforts to ban disposable plastic bags in grocery stores—such as in Kenya, Chile, China, Australia and the UK, as well as in several U.S. cities including Washington D.C., San Francisco, Seattle and Boston—are no doubt a step in the right direction. And while these bans have proven highly successful in keeping plastic litter out of waterways, they represent merely a drop in the bucket of what we could do societally to ditch plastic.

As for cleaning up the so-called Great Pacific Garbage Patch, technology could come to the rescue. Dutch inventor Boyan Slat had a vision as an 18-year-old back in 2013 that a passive drifting system could autonomously collect plastic and other types of marine debris so we could get it out of our oceans, and today his vision has become a reality. Along with a team of 60 engineers, Slat has created a 2,000-foot-long U-shaped floating plastic tube (with a 10-foot curtain dragging underneath) that can float through the water pushed by the wind and currents, entrapping plastic and other fragments along the way.

Periodically, manned boats can catch up with the device and skim the debris for recycling or disposal in landfills back on shore. Slat and crew, incorporated as the non-profit The Ocean Cleanup and funded in large part by Salesforce founder and high-tech billionaire Mark Benioff, believe they can shrink the Great Pacific Garbage Patch by half within five years of deploying their new low-tech plastic scooper.

If Slat’s “passive collector” does as well in open ocean trials as its inventors hope, it could be deployed for real next year. This inexpensive low-tech approach is a model for how we can solve other big environmental problems if we put our minds to it.