With all the heat waves how could anyone claim that climate change isn’t anything to worry about? 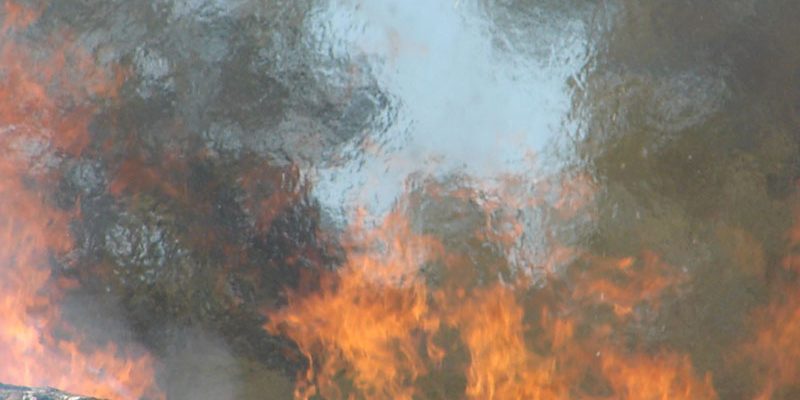 It certainly is hard to believe that anyone would be able to disregard the signs that human-induced climate change is starting to have a deleterious effect on our environment and our quality of life around the planet. Here in the United States, fully one-fifth of our land mass is currently sweating through record summer heat or drowning in torrential floods. It’s never been hotter—if recent July 2018 temperature records are any indication—than across certain parts of Texas, California, New Mexico, Arizona and Colorado. While such extremes used to come about once in a decade or longer, now every successive year is worse than the last.

And the problems aren’t limited to the United States. Japan, North Korea and South Korea are experiencing record heat waves this summer, while Europe is sitting under a high-pressure ridge blowing hot dry air across the continent and fueling unprecedented wildfires across the United Kingdom and Scandinavia, with the flames even licking as far north as the Arctic Circle. Meanwhile, Greece is suffering through its deadliest wildfire season ever with more than 50 dead and dozens more people unaccounted for with entire towns up in flames.

“The impacts of climate change are no longer subtle,” reports climatologist Michael Mann of Penn State’s Earth System Science Center. “We are seeing them play out in real time in the form of unprecedented heat waves, floods, droughts and wildfires. And we’ve seen them all this summer.”

And hurricane season hasn’t even ramped up yet. According to Inside Climate News, scientists are worried that U.S. coastal communities “could face more super storms with winds, storm surges and rainfall so intense that current warning categories don’t fully capture the threat.” And a new “Category 6” designation—with peak winds approaching 190 miles per hour—is under consideration to account for the spate of more intense storms coming our way.

“The current intensity scale doesn’t capture the fact that a 10 mph increase in sustained wind speeds ups the damage potential by 20 percent,” Mann adds. “That’s not a subtle effect. It’s one that we can see.”

For more evidence that global warming is something to fear, consider the fact that 2018 is on track to be the warmest year on record for the U.S. (which has been keeping records since 1894) and the planet at large. A United Nations World Meteorological Organization study found that 2016 was the warmest year on record globally, with 2017 and 2015 tied for second place.

And those who say “so what if the planet is warming?” might not be so smug when their waterfront property—or private golf club—becomes part of the ocean in the not so distant future. It’s not so far-fetched to believe the scientists who claim parts of Florida will be under water by 2025 after seeing footage of the streets of Miami flooding every year in recent memory. Donald Trump better hope Mar-a-Lago, his private club in Palm Beach, Florida, has flood insurance.