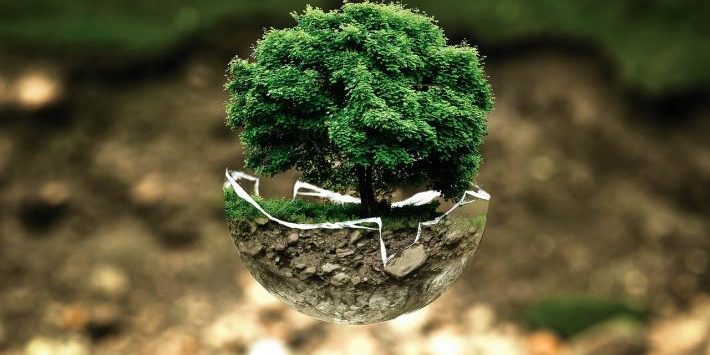 Earth Day Network, the organization that leads Earth Day worldwide on April 22, has announced that Earth Day 2018 will focus on mobilizing the world to End Plastic Pollution, including creating support for a global effort to eliminate single use plastics along with uniform regulation for the disposal of plastics. EDN will educate millions of people about the health and other risks associated with the use and disposal of plastics, including pollution of our oceans, water, and wildlife, and about the growing body of evidence that decomposing plastics are creating serious global health problems.

From poisoning and injuring marine life to the ubiquitous presence of plastics in our food to disrupting human hormones and causing major life-threatening diseases and early puberty, the exponential growth of plastics is threatening our planet’s survival. EDN has built a multi-year campaign to End Plastic Pollution. Our goals include ending single use plastics, promoting alternatives to fossil fuel-based materials, promoting 100 percent recycling of plastics, corporate and government accountability and changing human behavior concerning plastics.

“There is a growing tidal wave of interest in ending plastic pollution and some countries and governments are already in the vanguard. Earth Day Network believes we can turn that tidal wave into a permanent solution to plastics pollution,” said Kathleen Rogers, President of EDN.
EDN’s End Plastic Pollution campaign includes four major components:

• Leading a grassroots movement to support the adoption of a global framework to regulate plastic pollution;

• Educating, mobilizing and activating citizens across the globe to demand that governments and corporations control and clean up plastic pollution;

• Educating people worldwide to take personal responsibility for plastic pollution by choosing to reject, reduce, reuse and recycle plastics, and

Earth Day Network will leverage the platform of Earth Day and the growing interest in the 50th Anniversary of Earth Day in 2020 as a catalyst for global action.

“We will mobilize our global network of NGOs, grassroots organizations, campus youth, mayors and other local elected leaders, faith leaders, artists and athletes, and students and teachers to build a world of educated consumers, voters and activists of all ages who understand the environmental, climate and health consequences of using plastic,” said Rogers.

We will organize events in all continents of the world, build a global following and activate citizens to join our End Plastic Pollution advocacy campaigns.

In sum, we will use the power of Earth Day to elevate the issue of plastic pollution in the global agenda and inspire and demand effective action to reduce and control it.

Send your ideas or propose a partnership to plastic@earthday.org

Download your Plastic Pollution Primer and Action Toolkit to use it as a resource for your events, and use our organizing toolkits to get tips on how to put together your event or teach-in.