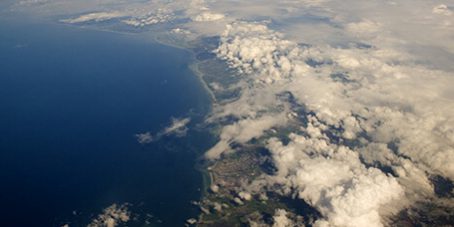 The U.S. Global Change Research Program (USGCRP) asked the National Academies of Sciences, Engineering, and Medicine to review the draft Fourth National Climate Assessment (NCA4) – a congressionally mandated report that evaluates the state of climate science and the broad range of impacts of climate change in the United States every four years – and the draft Second State of the Carbon Cycle Report (SOCCR2) – a report that feeds into the overall assessment process developed by the USGCRP. The final NCA4 and SOCCR2 reports are anticipated to be released by USGCRP later this year. The National Academies released today evaluations of these two draft reports.

The Academies committee that conducted the new review concluded that the draft NCA4 accurately describes the science of climate change and impacts occurring and likely to occur this century across the nation. With appropriate revisions, the draft NCA4 provides a strong foundation of science that can serve as a valuable resource for a wide range of audiences.

To strengthen the NCA4 and enhance its ability to reach broad audiences, the committee recommended improving the communication of key aspects of the draft report. This includes providing more examples that describe the actions taken by private sector, public-private partnerships, and government to illustrate the range of solution-oriented efforts to address climate change impacts and associated risks.

The committee also suggested improving linkages across chapters, to better capture the interconnected nature of many climate change impacts. The Academies’ report says that chapters in the draft NCA4 detailing climate change impacts in U.S. regions are particularly effective in conveying the complex nature of climate change, largely because of the discussion of these interconnected impacts. The chapters addressing the impacts of climate change on specific sectors – such as the built environment, energy, ecosystems, and coastal areas – would benefit from similar attention to these complexities.

The committee also recommended that the NCA4 report explicitly identify significant advancements made since the Third National Climate Assessment with emphasis on emerging science, impacts, and examples of new response actions.

Review of the Draft Second State of the Carbon Cycle Report

A separate committee appointed to review the SOCCR2 draft concluded that it is a very informative overview of current scientific understanding of carbon cycle dynamics across North America. Some recommendations to strengthen the draft include: providing consistency in how carbon sources and sinks are described across various chapters and figures; clarifying ambiguities in the geographic scope of the assessment; focusing key findings on describing specifically what has been learned from new research; and expanding discussion of opportunities for effective management of carbon sources and sinks.

The Academies’ studies were sponsored by the U.S. Global Change Research Program. The National Academies of Sciences, Engineering, and Medicine are private, nonprofit institutions that provide independent, objective analysis and advice to the nation to solve complex problems and inform public policy decisions related to science, technology, and medicine. They operate under an 1863 congressional charter to the National Academy of Sciences, signed by President Lincoln. For more information, visit http://national-academies.org. A committee roster follows.