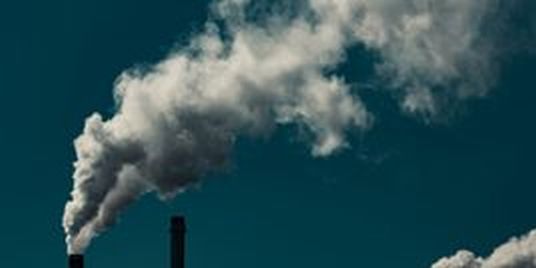 • 54% of banks support the Taskforce on Climate-related Financial Disclosures (TCFD), but pace of alignment is too slow.

A new report examining climate management by 59 of the world’s largest banks has found urgent shortcomings that threaten to undermine efforts to support the transition to a low carbon economy. The investor report says that despite progress in some areas and several examples of individual best practice the sector is failing to capture the risks and opportunities of climate change.

The ‘Banking on a Low Carbon Future’ report by Boston Common Asset Management, warns that in areas such as ‘climate strategy’, ‘risk management’ and ‘low carbon opportunities’ the banking sector is failing to embed climate into its core practices. The report supports the engagement letter – backed by over 100 investors with almost $2 trillion in assets under management – sent to over 60 banks last September asking about alignment with TCFD.

The report finds that:

• Less than half (49%) of banks are implementing climate risk assessments or 2ºC scenario analysis, which means decision-making on portfolio shifts is not supported by robust data.

• Despite widespread disclosure of their low carbon products and services, only 46% of banks set explicit targets to promote such products/services.

• A majority of banks (61%) have failed to restrict the financing of coal – the most carbon intensive energy source. And the global banking sector provided $600 billion in financing for the top 120 coal plant developers between 2014 and September 2017.

• Only two in five banks (41%) ensure the trade associations or industry groups they are members adopt progressive climate policies.

The report however does commend the sector for some high-level advances including:

• 95% have adopted some degree of governance for climate issues internally; and 95% provide some disclosure on low-carbon products and services.

• Explicit exclusions for the financing of the most intensive high-carbon sectors (such as tar sands) are becoming an industry norm – 71% have adopted public exclusion policies linked to such carbon-intensive practices.

The investor engagement, known as the ‘banking on a low carbon future’ engagement, has been running since 2014 and this year’s analysis was the first to align its metrics with the new Taskforce on Climate-related Financial Disclosures (TCFD) climate risk framework introduced by financial leaders Mark Carney and Michael Bloomberg.

The report found that:

• Over half (54%) of banks support TCFD at some level. Barclays has already performed a gap analysis to compare its reporting against the TCFD recommendations & Westpac has conducted a TCFD-aligned climate change scenario analysis.

• However only two out of 59 banks have asked their carbon intensive sector clients to adopt the TCFD recommendations.

“The Paris Agreement has started the race to the low-carbon economy and we need the world’s banks to pick up the pace to fund it. Some $12 trillion of investment is needed by 2030 in renewable power generation alone and that is a remarkable opportunity for the world’s banks that they are not currently grasping.

In some areas, and in some individual banks, we are seeing encouraging steps forward but too often climate progress is skin deep at best. Investors want to see much wider implementation by banks of climate risk assessments or climate scenario analysis if they are to align their businesses with the Paris Agreement. As a first step, the TCFD framework provides an agreed global framework for financial institutions to report their climate-related risks. Banks must use it.”

This year we worked with regional partners ShareAction (UK), whose research on 15 European banks supported our analysis, SHARE (Canada), and Australian Ethical Investment (Australia). The report finds some wide regional differences between banks around the world. For example, 80% of European banks have undertaken climate-risk assessments, compared with an average of 33% of banks in each of the North America, Developed Asia and emerging market regions.

The investors call on banks to take four actions:

“Banks are one of the largest asset pools in the financial market and have a crucial role to play in the transition towards a sustainable financial system. But so far their contribution is limited. In Canada, climate change is rapidly becoming a priority issue for banks; recently, we have seen some promising developments such as RBC setting out clear position statements on the importance of climate to its business and TD setting targets for increasing its low-carbon lending and financing. Yet none have conducted a scenario analysis for climate risk, and as with the rest of the global banking sector there remains a gap between the positive rhetoric of most banks and the internal processes and targets in place to achieve such goals.”

“It is a positive development that climate-related issues have started to become a part of the policies, processes and products in most banks globally. Across Europe there is a drive for greater disclosure. This is led by France, where innovative legislation is driving real progress on banks’ reporting of climate change. However, all banks must do more to reduce their exposure to the most carbon-intensive sectors and align both sector and client engagement policies with the goals of the Paris Agreement. Institutional investors have a key role to play in ensuring that this happens.”
Stuart Palmer, Head of Ethics Research, Australia Ethical Investments
“The message from investors to banks could not be clearer: it’s time to align. The global goal set by the Paris Agreement, the consensus around the TCFD climate reporting framework and the clear investment and financing opportunities in low carbon have done all the hard work for the global banking sector. It is now urgent for the world’s largest banks to step up to the plate and adjust their internal policies and management systems, and their products and services, to align with the transition to a low carbon economy.”

Boston Common Asset Management is an experienced investment manager dedicated to the pursuit of financial return and social change.