Three-quarters of mercury releases have occurred since 1850 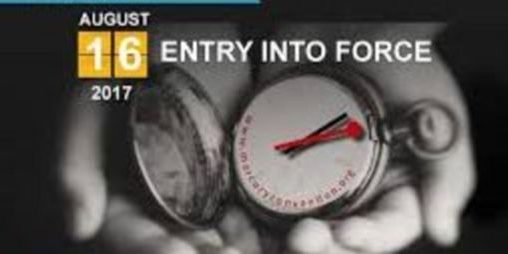 A new study has, for the first time, estimated total anthropogenic releases of mercury over the last 4 000 years, up to 2010. Overall, the study estimates that a total of 1 540 000 tons of mercury have been released; three-quarters of this since 1850, and 78 times more than was released through natural causes over this period. Therefore, human activity has been responsible for a significant level of contamination, and this inventory can be used to inform and assess mitigation measures. The publication coincides with the ratification of the Minamata Convention on Mercury, and the new EU Mercury Regulation (1), which prohibits the export, import and manufacturing of mercury-added products, among other measures.

Mercury, an element found in the Earth’s crust, can be released into the environment by natural processes, such as rock weathering and volcanic eruptions, but also through human activities, such as deliberate mercury extraction from cinnabar ore, for use in products and processes. Once released to the atmosphere, it can travel for six months before being deposited, potentially thousands of kilometers from the source, in rivers, oceans and soil, from which it may then be re-emitted, feeding into a global mercury cycle. Some mercury becomes permanently trapped in sediment or soil, but it can take decades or millennia for this to occur. Releases, therefore, lead to its accumulation in air, land and water, with health implications for humans and wildlife, as mercury, in its many forms and compounds (especially methyl mercury), is highly toxic.

Building on previous work dealing with the period from 1850 to 2010 (2)(3), this study quantifies mercury releases to air, water bodies and land by estimating releases from 18 types of activity over that period. These sources include the smelting of copper, lead and zinc; the production of gold and caustic soda; and the combustion of coal. Sample measurements of mercury emissions from specific processes and materials provide ratios of emissions per unit of end-product, giving ‘emissions factors’. The researchers based their calculations on these factors in addition to data on activity rates, for example from the UNEP Global Mercury Assessment (4) and International Energy Agency (5).

Of the total amount released, the researchers estimate that 472 gigagrams (Gg = 1 000 tonnes) went directly into the atmosphere (336 Gg since 1850), while 1 070 Gg was released into land and water. Global releases since 1880 have been fairly stable at about 8 Gg annually, declining since a peak of 10.4 Gg in 1970, the study indicates, consistent with observed trends. However, the proportional distribution across regions and the sources of releases have changed.

The chief source of all-time releases was found to be silver production (accounting for 31%), followed by mercury production (19%) and chemicals manufacturing (10%). This is largely attributed to the use of mercury in silver extraction through amalgamation, an activity which peaked in 1890. (Amalgamation refers to a process in which mercury is used to extract metals from rock; the resulting alloy is then heated to separate the metals.) Since then, the chief source of releases has switched to artisanal-scale gold mining (which also uses amalgamation) and coal combustion. (Mercury is present in coal and released during combustion.)

Geographically, releases in the 19th century mostly came from Europe and North America, while now they originate in Asia, Africa and South America, according to the study. From 1850 to 2010, the greatest releases overall occurred in North America (30%), Europe (27%) and Asia (16%), the study indicates. Prior to this, it is estimated that 81% of releases were related to silver production in Spanish America.

Over the period 1850–2010, 79% of emissions to air occurred in the Northern Hemisphere and 21% in the Southern. The proportion emitted in the South has increased since 1890. These changes are important when looking at mercury cycling and deposition, and estimating risk to health.

The researchers note that since emissions to air have been regulated, atmospheric mercury releases from coal combustion, for example, have decreased; however, this has led to an increase in releases to land and water because of the ways the captured waste is dealt with. For instance, mercury is found in captured fly ash (fine particles produced during coal combustion), which has in the past been stored in waste piles, leading to releases to waterways. Captured fly ash is now generally secured in controlled landfills or recycled in products such as cement and other construction materials.

Separating land and water releases is difficult due to lack of data on how mercury-containing industrial waste is disposed of, though the researchers estimate that 84% of all-time solid mercury waste has been discarded to land and water. Mercury production itself has been the chief source of releases to land and water, according to the study, accounting for 30% of total releases, followed by silver production (21%) and chemicals manufacturing (12%). Regional distribution of land/water releases over time has followed a similar pattern to that of atmospheric releases.

Drawing on biogeochemical modelling and the results of the study, the researchers estimate that 40% of land/water releases have been sequestered (stored in a stable state), while the atmosphere in 2010 contained 4.57 Gg of mercury — over a three-fold increase on 1850 levels. The researchers recommend that further work monitoring regional concentrations should be carried out to reduce uncertainty in this calculation of the ‘global mercury budget’. Importantly, this knowledge can aid assessment of future exposure, in particular to the products of conversion, such as methyl mercury, which can bio accumulate in food webs and which poses the greatest risk to humans and wildlife.