Why do antimbacterial products with triclosan get such a bad rap? 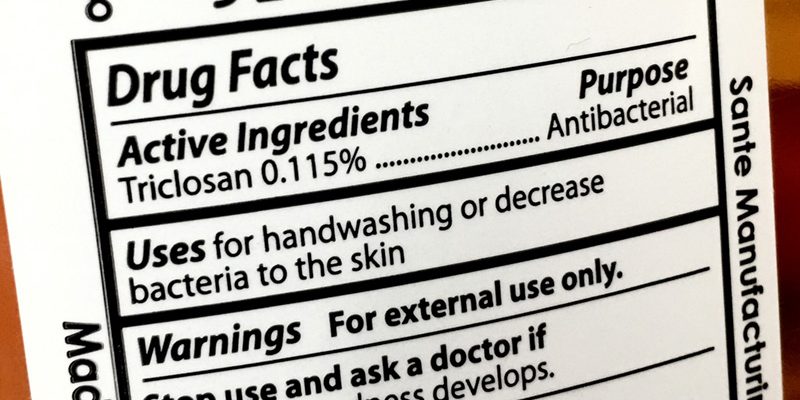 Dear EarthTalk: Why do antibacterial soaps and other products with triclosan get such a bad rap from health and environmental advocates? — Wanda Caravan, Hartford, CT

Antibacterial soap products aid in killing bacteria. But rumors that they are no more effective in doing so than traditional soap and water, coupled with concerns that such products could actually be harmful to human health and the environment, prompted the U.S. Food & Drug Administration (FDA) to undertake studies, the results of which were released in 2016.

As to the possibility that these products can cause harm, the ingredient that has some scientists worried is triclosan, an antibacterial and antifungal agent that has been shown to negatively affect hormone regulation in some animals. Human health relies on a well-functioning endocrine system to regulate the release of specific hormones that regulate metabolism, sleep and mood, as well as growth and development. When certain chemicals disrupt the system, they can do major damage to the physical process of maturation.

When you use a product containing triclosan it absorbs through your skin or mouth and enters the body. One recent study found triclosan in the urine samples of 75 percent of the U.S. children and adults screened. Researchers also found that triclosan may contribute to the growth of antibiotic-resistant germs in the body. This can cause your immune system to weaken and become more vulnerable to serious illnesses and disease.

More than 95 percent of the consumer products containing triclosan are disposed of in sewage drains. As a result, the substance is now prevalent in our nation’s waterways. In fact, according to a U.S. Geological Survey study of 95 different organic wastewater contaminants in U.S. streams, triclosan was one of the most frequently detected chemicals. This is particularly worrisome because triclosan is lipophilic, meaning it can be absorbed through fatty tissues like skin—and therefore many aquatic animals may be carrying triclosan in their bodies as well.

As for the controversial question of whether antibacterial soap is more effective than traditional soap and water, the answer seems to be no. According to the Centers for Disease Control and Prevention (CDC), washing your hands thoroughly with ordinary soap and warm water is still just as effective at warding off infection as treatment with triclosan. A 2016 report by the agency found that the costs of antibacterial soaps likely outweigh the benefits, and now manufacturers will have to justify the use of triclosan in their products or pull them from store shelves.

The implications of these findings are that anti-bacterial soaps may not be widely available in the U.S. for much longer. The non-profit Beyond Pesticides reports that as a result of these negative studies, many major manufacturers “have quietly reformulated their products without triclosan.”

Says the FDA’s Theresa Michele: “Following simple handwashing practices is one of the most effective ways to prevent the spread of many types of infection and illness at home, at school and elsewhere…we can’t advise this enough. It’s simple, and it works.”