Pope urged President Trump to keep the U.S. in the Paris climate accord. 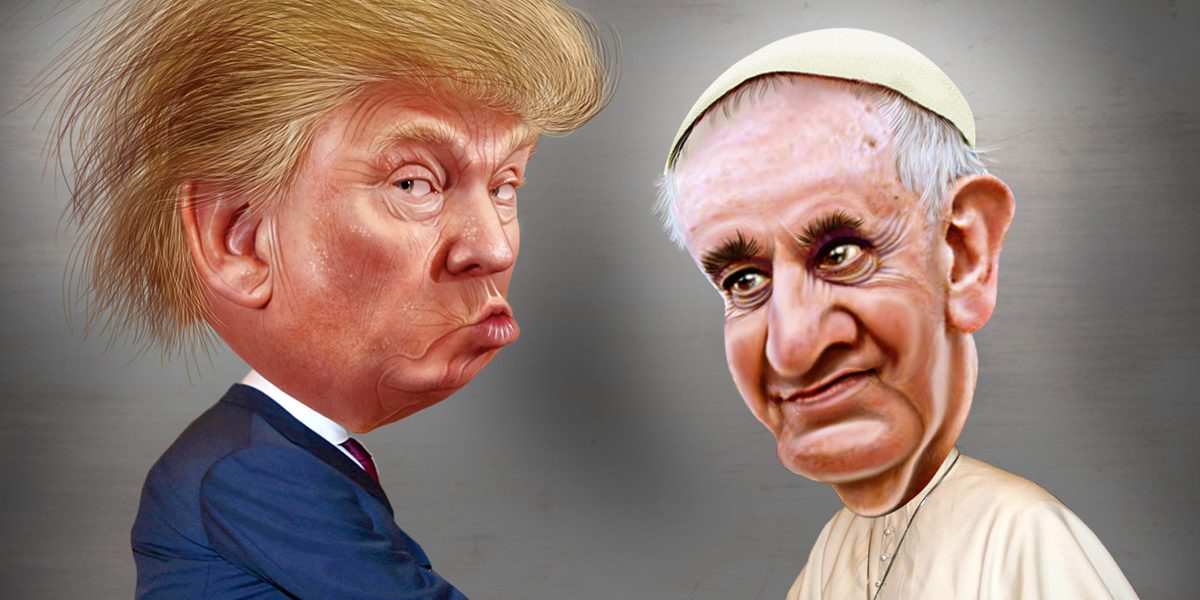 Dear EarthTalk: I heard that the Pope urged President Trump to keep the U.S. in the Paris climate accord. Since when has the Catholic church been involved in environmental politics?
— Janine Morse, Rome, NY

Concern for the health and well-being of the planet has always been part of the biblical tradition. “Sacred Scripture calls believers to care for God’s creation and all of God’s children,” reports the U.S. Conference of Catholic Bishops (USCCB), an assembly of church leaders from across the country. “God calls us as His stewards to care for the garden He created.”

Examples abound through the centuries of influential Catholics taking conservation seriously, from St. Francis’ 1225 canticle dedicated to praising the Lord through stewardship of “Sister Mother Earth / who sustains and governs us” to Pope Paul VI’s 1971 call for Catholics to take up the mantle of environmental protection as a key social imperative to the U.S. Conference of Catholic Bishops 2001 “pastoral statement.” That implored Catholics around the world to do their part in reining in greenhouse gas emissions for “the future of God’s creation and the one human family.”

More recently, Pope Francis has prioritized climate as a key social concern of the Catholic church. His 2015 “encyclical”—an important papal letter that gets distributed to Catholic congregations around the world—called for urgent, drastic fossil fuel emissions cuts to stave off climate change.

“As a chemist by background and with a team of scientists and an observatory at the Vatican, the Pope is clear that climate change is the greatest threat life our Earth has ever seen—and that it is caused by humans,” reports Earth Ministry, a non-profit dedicated to engaging the faith community in environmental stewardship and advocacy. “And as a priest, he stands in protection and care for his flock, 1.2 billion Catholics world-wide, and for all God’s children, especially the poorest.”

An important part of the battle against global warming for Francis is the relationship between global poverty and environmental destruction: When people don’t have the resources to sustain themselves they are far less likely to be good stewards of the planet, and in turn may suffer the most from a quickly warming climate.

And unlike some of his predecessors, Pope Francis isn’t afraid to mix it up with politicians. He bestowed a copy of the 2015 encyclical upon a visiting President Trump earlier this month—just before Trump’s self-imposed deadline to decide whether or not to keep the United States in the Paris climate accord.

Catholicism is hardly the only major religion concerned about climate change. After all, global warming is non-denominational, affecting people all over the world regardless of their religious beliefs. Whether or not a given religion’s national or global leadership is pushing for carbon mitigation, individual congregations can do their part based on the priorities of their memberships. One easy way to get your church, synagogue, mosque or other religious institution on the right track is by signing on with the Interfaith Power & Light (IPL) movement that works with congregations to fight global warming through the promotion of energy conservation, energy efficiency and renewable energy. IPL also helps lobby policymakers to advance clean energy initiatives at local, state and national levels.