Public Finance for Energy in Africa Focuses on Fossil Fuels 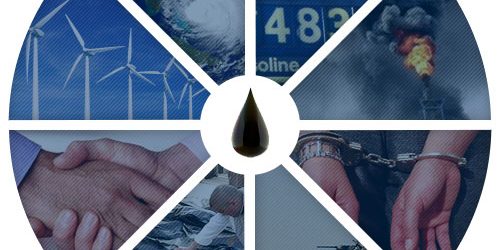 Each year, approximately $20 billion from government-backed financial institutions around the world flows to energy projects in Africa. According to a new analysis by Oil Change International, nearly 60 percent of this finance from 2014 through 2016 went to support fossil fuel development, compared to 18 percent for clean energy projects.

Less than 2 percent of the total finance supported distributed renewable energy solutions like mini-grids or off-grid solar, despite analysis showing that these solutions can play a much larger role in delivering electricity and other energy services to homes, health centers, schools, small businesses, and farms, serving hundreds of millions of people in Africa who still lack access to electricity.

The report provides a recent snapshot of public finance into energy in Africa ahead of the 10th BRICS Summit from July 25-27, which was hosted by South Africa under the theme:”BRICS in Africa: Collaboration for Inclusive Growth and Shared Prosperity in the 4th Industrial Revolution.”

Titled Assessing International Public Finance for Energy in Africa: Where Do Development and Climate Priorities Stand?, the report examines financial flows and support from development agencies, export credit agencies, and major development banks to energy in Africa. It assesses the main providers of finance, the types of energy supported, and the volumes of finance going to different African countries.

“This report indicates that public money flowing into energy projects in Africa may not support long-term development priorities like access to energy and sustainability, and public finance institutions need to be more transparent about the kinds of projects they’re financing,” said Alex Doukas, Director of the Stop Funding Fossils program at Oil Change International. “Government-backed finance for energy in Africa mostly supports fossil fuel projects, while only a very small amount supports solutions like mini-grid and off grid technologies that have an important role to play in delivering on the promise of universal energy access.”

China provided the most public finance for energy in Africa, averaging over $5 billion per year. Nearly three quarters of this supported oil and gas extraction, and another 13 percent supported coal-fired power generation. The next-largest providers were the World Bank Group, Japan, and Germany.

The finance was skewed to three countries – Egypt, Angola, and South Africa – who received nearly half of the public finance for energy in Africa between 2014 and 2016.

The analysis also finds that much of the bilateral public finance for energy in Africa supports the commercial interests of the countries providing the finance. Additionally, the report finds that even as some governments are moving away from fossil fuels such as coal at home, their institutions are still funding those same types of projects in African countries.

“When deciding on energy projects in Africa, the most important question should be: is this project in the best long-term interests of the people? Governments should improve transparency around contracts, financing terms and energy planning, and engage in more meaningful dialogue with civil society to address this question,” said Thuli Makama, Senior Advisor for Africa at Oil Change International.

The report notes that from a standpoint of equity, wealthier countries have a responsibility to support the energy transition in Africa – both at a government and community level – in a way that responds to urgent development needs.

The report was researched and written by Oil Change International, and can be found here: http://priceofoil.org/2018/07/23/assessing-international-public-finance-for-energy-in-africa/

• The International Energy Agency’s 2017 World Energy Access Outlook, which uses a least-cost model, estimates over two-thirds of new electricity supply investment in sub-Saharan Africa (roughly USD 22 billion per year on average) will be in off-grid and mini-grid solutions in order to achieve universal electricity access by 2030.

• Oil Change International is a research, communication, and advocacy organization focused on exposing the true costs of fossil fuels and facilitating the coming transition towards clean energy.

Oil Change International is a research, communications, and advocacy organization focused on exposing the true costs of fossil fuels and facilitating the coming transition towards clean energy.