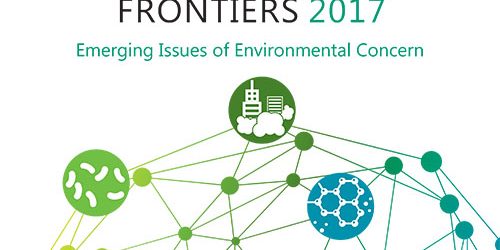 • Up to 75% of antibiotics used in aquaculture may be lost into the surrounding environment.

Growing antimicrobial resistance linked to discharge of drugs and particular chemicals into the environment is one of the most worrying health threats today, according to new research from UN Environment that highlights emerging challenges and solutions in the environmental space.

Of the issues considered, the report finds that the role of the environment in the emergence and spread of resistance to antimicrobials is particularly concerning.

“The warning here is truly frightening: we could be spurring the development of ferocious superbugs through ignorance and carelessness,” said UN Environment chief Erik Solheim. “Studies have already linked the misuse of antibiotics in humans and agriculture over the last several decades to increasing resistance, but the role of the environment and pollution has received little attention.

“This needs priority action right now, or else we run the risk of allowing resistance to occur through the back door, with potentially terrifying consequences.”

Antimicrobial resistance occurs when a microorganism evolves to resist the effects of an antimicrobial agent. Globally about 700,000 people die of resistant infections every year because available antimicrobial drugs have become less effective at killing the resistant pathogens.

There is clear evidence that the release into the environment of antimicrobial compounds in effluents from households, hospitals and pharmaceutical facilities, and in agricultural run-off, combined with direct contact between natural bacterial communities and discharged resistant bacteria, is driving bacterial evolution and the emergence of more resistant strains.

Once consumed, most antibiotic drugs are excreted un-metabolized along with resistant bacteria – up to 80 per cent of consumed antibiotics, according to the report. This is a growing problem, since human antibiotic use increased 36 per cent this century, and antibiotic use in livestock is predicted to increase 67 per cent by 2030. Additionally, up to 75 per cent of antibiotics used in aquaculture may be lost into the surrounding environment.

Wastewater treatment facilities cannot remove all antibiotics and resistant bacteria, and in fact may be hotspots for antimicrobial resistance. There is evidence showing that multi-drug resistant bacteria are prevalent in marine waters and sediments close to aquaculture, industrial and municipal discharges.

Solving the problem will mean tackling the use and disposal of antibiotic pharmaceuticals as well as the release of antimicrobial drugs, relevant contaminants and resistant bacteria into the environment, the report says.

The global nanomaterials market is expected to grow 20.7 per cent annually, and reach US$ 55 billion by 2022. There is a serious risk that we do not understand enough about the long-term effects of nanomaterials to use them safely. The report finds that the speed of industrial development is far out-stripping the pace of regulatory development.

Past lessons from exposure to hazardous materials – such as asbestos – teaches us that “no evidence of harm” does not equal “evidence of no harm”, meaning that research into the possible negative consequences of environmental exposure to nanomaterials is essential.

Overfishing, extractive activities, tourism, coastal development and pollution are damaging ocean habitats and reducing populations of marine species. We have lost half of the world’s coral reefs and are consuming nearly one-third of our commercial fish stocks at unsustainable rates.

Marine Protected Areas offer one of the best options for maintaining or restoring the health of ocean and coastal ecosystems. While the Aichi target of protecting 10 per cent of coastal and territorial waters by 2020 has been achieved – hitting 14.4 per cent to date – protecting the marine environment also requires effective management and the equitable sharing of costs and benefits.

Governing the oceans in a sustainable way could see Marine Protected Areas as a driver – not a limit – for the vital economic and social benefits that we derive from the global ocean.

Sand and dust storm result from strong winds eroding sand, silt and clay particles from arid landscapes and impoverishing their soils. They can travel thousands of kilometers across continents and oceans, entraining other pollutants on the way and depositing particles far from their origin.

Despite the known issues, human activity has caused dust emission to rise by 25-50 per cent since 1900. Land-use changes are responsible for 25 per cent of global dust emission.

Nearly 1 billion people worldwide live without electricity. While significant progress has been made in recent years, an estimated 780 million people could remain off-grid in 2030.

Recent years have seen the proliferation of small distributed solar energy systems serving low-income customers in Africa and Asia, where at least 95 per cent of the world’s off-grid population reside.

There have been successful roll-outs of solar products with improved batteries, lower capital costs, affordable financing and easy access to pay-as-you-go schemes. With the right policies and regulations, off-grid solar could be key to achieving the 2030 Sustainable Development Goals for universal access to affordable, reliable and modern energy services and eliminating poverty.

We live in an era of unprecedented mobility. About 250 million people live and work outside the country of their birth. Another 750 million people migrate within their own countries. Migration drives development and progress, offering opportunities, spreading ideas and creating connections around the world.

Natural disasters and conflicts also drive migration. For example, severe drought and food insecurity has displaced 761,000 people in Somalia since November 2016. Globally, 117 million people were displaced by weather-related disasters between 2012 and 2016.

The interwoven trends of climate change, population growth, rising consumption, and environmental degradation are likely to lead to the displacement and migration of even greater numbers of people in the future. Unless we deal with long-term environmental vulnerability and build resilience in communities, environmental displacement will become a new normal.